Mandla Mandela: The story of South Africa and Palestine 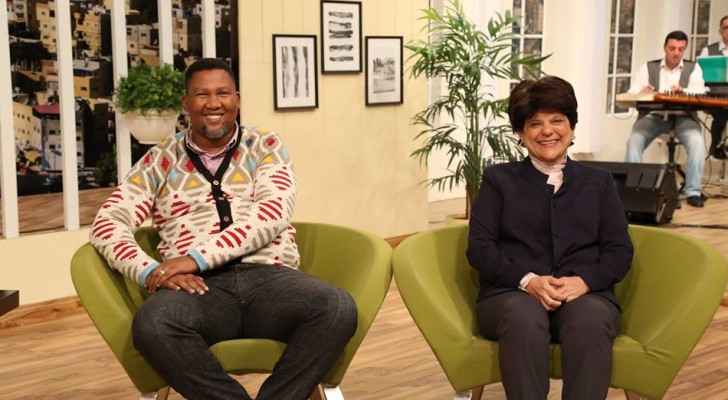 Soon after being elected as president of South Africa, the political leader and freedom fighter Nelson Mandela famously observed: “We know too well that our freedom is incomplete without the freedom of the Palestinians.”

It has been twenty-three years since the end of South Africa’s apartheid; the brutal system of institutionalised racial segregation and discrimination by a white minority over a black majority. However South Africa has not forgotten Mandela’s words of affinity for Palestine.

When it comes to support of the Palestinian cause, this country at the southernmost tip of Africa has stood out as one of the most outspoken international voices outside of the Middle East. Just the other day, dozens of South African officials, activists and public figures stood in solidarity with the Palestinian prisoners on hunger strike in Israeli prisons, by hosting a 24-hour hunger strike of their own.

Further preserving Nelson Mandela’s commitment to the Palestinian cause is the leader’s eldest grandson, Mandla Mandela, who is currently traveling to Jordan and Palestine to engage in dialogue about the Palestinian struggle, in association with the Arab Group for the Protection of Nature (APN). “As you know my grandfather was very forthcoming in terms of the struggle of the Palestinian people,” Mandla Mandela told Roya News English. “So for us, as a family, we hold Madiba’s legacy very close and dear to our hearts and we contribute in our smallest way to further that legacy.”

South Africa’s civil society has long been vocal in its support for the Palestinian cause, perhaps emboldened by the countries’ shared history of oppression. Earlier this year a UN report accused Israel of imposing an apartheid regime of racial discrimination on the Palestinian people, the first time a U.N. body has made such a charge outside of South Africa.

However, despite the deeply oppressive nature of South African apartheid, many South African activists and academics have argued that the current Palestinian experience of apartheid is far more severe than their own country’s dark past.

Mandla Mandela reflected this sentiment, noting: “What we have experienced in South Africa is a fraction of what the Palestinians are experiencing. Us, we were oppressed in order to serve the white minority. The Palestinians are being eliminated off their land and brought out of their territories, and this is a total human rights violations.”

“I think it is a total disgrace that the world is able to sit back while such atrocities are being carried out by apartheid Israel,” he added.

Perhaps it is this frustration, of the seemingly global indifference towards Palestine, that has driven Mandla Mandela to fight back in his vocal opposition to Israel’s occupation, preserving the legacy of his grandfather Nelson Mandela and the world leaders who supported him in the resistance against South African apartheid.

“For us, as South Africans, during our darkest days of the struggle for liberation, we had immense support from the international solidarity movement. Countries like Cuba, Libya, and Palestine, as lead by Fidel Castro, Muammar Gaddafi, and Yasser Arafat, were very much in the forefront of ensuring that we are able to defeat the apartheid regime,” Mandla Mandela told Roya.

These revolutionary figures left a lasting impact on Nelson Mandela. As a young man in the 1960s, the political leader received his military training in Algeria, where he developed close ties to the Arab and Islamic world, according to his grandson. “I think for my grandfather, gaining this broad understanding of the continent and its influence and dominance of Islam, invoked in him that there was a greater cause globally, that he needed to be part of,” Mandla Mandela noted.

Later on, during his 27-years incarcerated in South Africa’s infamous Robben Island prison, Mandela was embraced by the PLO leadership as a fellow freedom fighter within a global battle for liberation, while Gaddafi and Castro also provided political and material support.

The inspiration and support from these figures during his decades-long fight for freedom is something Nelson Mandela never forgot, even when the political discourse shifted and he was elevated to stardom, while some of his old allies found themselves condemned on the international stage.

When Yasser Arafat died in 2004, Mandela called him "an icon in the proper sense of the word," and simply stated: “Yasser Arafat was one of the outstanding freedom fighters of his generation... It is with great sadness that one notes that his and his people's dream of a Palestinian State had not been realised."

“Madiba felt highly indebted to them in their courageous efforts, because, by supporting our struggle for liberation, they themselves were persecuted and marginalised by superpowers,” Mandla Mandela explained.

Although South Africa has since found relative stability and democracy since the fall of apartheid, the country has not stepped away from those historical alliances that were tied together by a mutual aspiration for freedom. “Now that we have realised our freedom, with the assistance of the international solidarity movement, we want to ensure that we are also active in bringing about reconciliation and bringing about independence of still oppressed nations around the world,” Mandla Mandela explained.

It is this mentality that now encourages Mandla Mandela to travel to Jordan and Palestine, engaging with the Palestinian liberation movements as his grandfather did before him.

During 1980s South Africa, the concept that apartheid could come to an end was a remote and almost impossible one for many. However, by 1994, South Africa had somehow managed to make the peaceful transition to democracy. For Mandla Mandela, the main ingredient behind this transition was one of unity among the oppressed; a lesson he believes can be aptly applied to Palestine.

“They brought all people from walks of life, civil society, religious leaders, traditional leaders, in an entire effort to ensure that they were able to unite South Africans in and against the apartheid regime,” Mandela said. “I think this is something the Palestinian people can be able to draw from - that divided, they may never achieve anything, but united they can stand together for the same cause in assuring they are able to achieve freedom in their lifetime.”