This is the second eruption in a month 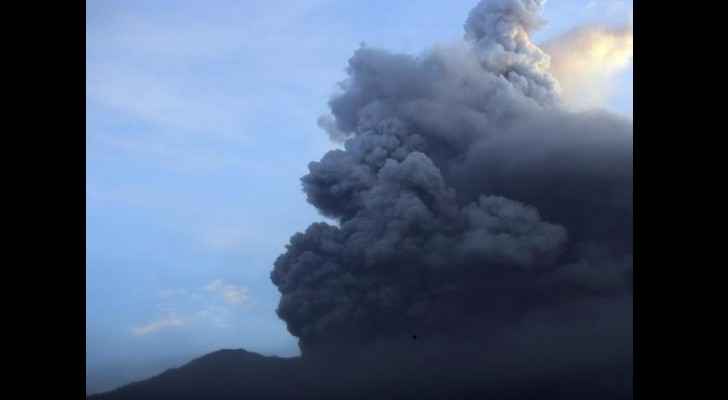 A “red warning” was issued to airlines about volcanic ash in the skies, after Mount Agung emitted thick smoke that reached 4,000m in Bali, Indonesia, according to BBC.

The emission was the second in a week, resulting in the disruption of many flights.

With the red warning issued, an volcanic eruption is expected to happen anytime.

As Bali is a major tourist destination, the main airport in the island is still operating. However, some airlines have been cancelled as ash can damage engines.

The international airport of Lombok was completely closed as the cloud of ash moves to the east.

People within 7.5 km were ordered to evacuate the area “immediately.”

As the volcanic activity raised fear among residents, more than 140,000 people reportedly fled earlier this year.

Most of them were ordered to return at the end of September, but the mountain has been intermittently rumbling since, BBC reported.

According to Indonesia's Disaster Mitigation Agency, tourism in Bali is still safe except for the danger zone.

Officials estimated that the island had already lost $110 million about (JOD 78 million) in tourism.

There are around 130 active volcanoes in Indonesia.