Jordanian binmen say their job is 'dangerous and painful'

One binman claims that some citizens abuse him and his colleagues. (Al Rai) 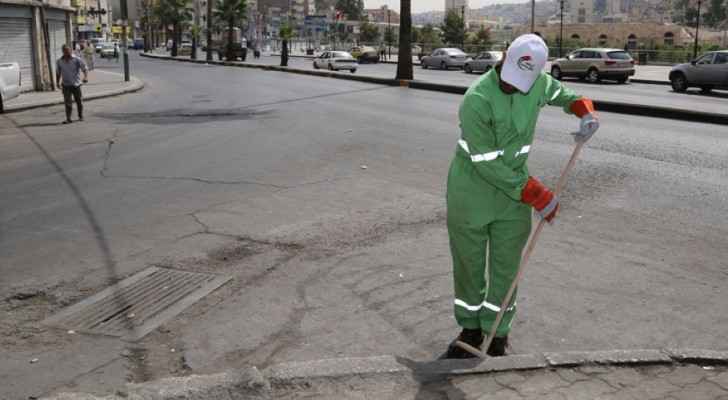 Jordanian binmen work tirelessly to keep our country clean during cold winters and scorching summer temperatures. But their job has been described by many of the workers based in Amman as “painful.”

Now, these binmen are speaking out: they want more rights and want society to start looking at them differently.

Speaking to Al Ghad newspaper, some of these workers said that officials from the Greater Amman Municipality (GAM) treat them in an “inhumane” way. However, GAM responded by stressing that those are individual acts by some, adding that these stories of abuse are exaggerated by some workers.

One binman, who works in Al Abdali area, told Al Ghad: “I was asked humiliating questions during my job interview for this position.”

“My supervisor said to me on my first day that ‘you will put on your uniform now and hold that broom, don’t ever think that you will amount to anything; you will remain a binman for the rest of your life,’” Amjad (fake name) said.

“The GAM officials are pushing us to our death by forcing us to work in dangerous areas, such as main highways, mountains and slopes,” Amjad complained.

At times, some supervisors go as far as demanding half of the binmen’s salaries, and even force them to buy them breakfast, according to Amjad.

Amjad went on to say that some supervisors force them to clean their houses out of work hours, to move their furniture and even to paint their homes.

But it is not only GAM supervisors who “abuse” the binmen. Amjad said that some citizens assault them and accuse them of stealing.

Gam records have shown that in 2017, three binmen have died on the job, while 200 others were injured.

Hatem Al Hunieti, the Human Resources Manager at GAM, told Al Ghad that binmen earn much more than the minimum wage, as well as getting paid for any overtime work. They and their families are also medically insured and are registered with the Social Security Cooperation.

Huneiti said that GAM has recently provided binmen with protective uniforms and equipment, in addition to setting up a specialized clinic for the treatment of workers.