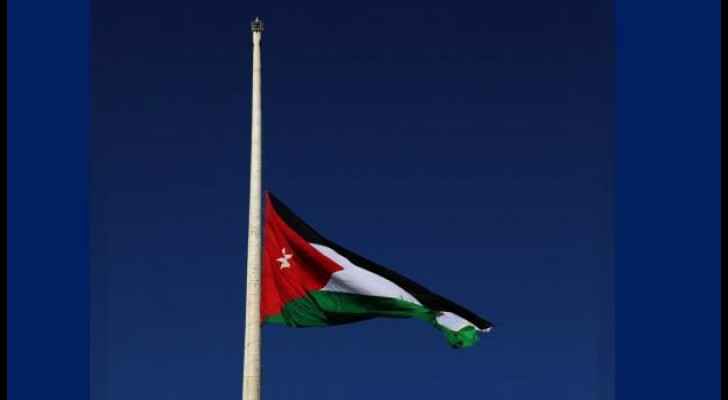 The Jordanian flag at the Royal Hashemite Court in Amman will be lowered at half-staff on Saturday, in homage to the victims of Egypt’s mosque attack.

The flag will be raised again at 6:00pm (local time) today.

At least 235 people were killed and hundreds more were injured after a Sufi mosque was attacked during Friday prayers in the town of Bir al-Abed in the Sinai Province.

Hi Majesty King Abdullah II condemned the terror attack, and addressed his condolences to President Sisi and the victims’ families.

Meanwhile, Queen Rania Al-Abdullah tweeted on Friday: “We all stand by Egypt and its people, may God bless its martyrs.”

Also on Friday, France paid its respects to the victims by turning off the Eiffel Tower’s lights at midnight.

“I send my condolences to the families of the victims and my support to those injured,” Paris Mayor, Anne Hidalgo, said via Twitter on Friday.

“Tonight, the Tour Eiffel will go off at midnight to honor them and underline the solidarity of Paris.”