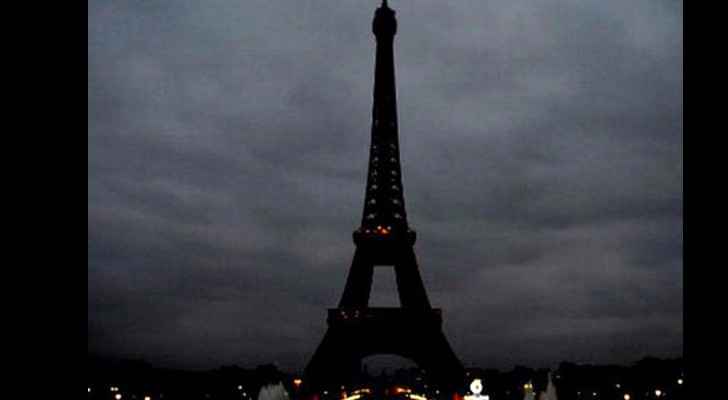 Lights of the Eiffel Tower in Paris went black on Friday at midnight in solidarity with victims of Friday’s attack on a mosque in Egypt’s Sinai Peninsula.

“I send my condolences to the families of the victims and my support to those injured,” Paris Mayor, Anne Hidalgo, said via Twitter on Friday.

“Tonight, the Tour Eiffel will go off at midnight to honor them and underline the solidarity of Paris.” French President Emmanuel Macron also condemned the attack with a tweet and expressed his “condolences to the victims of the terrible attack.”

At least 235 were killed and hundreds others were injured in a bomb and gun attack on a mosque in Egypt's North Sinai province.

The attack targeted Al-Rawda mosque during Friday prayers in the town of Bir al-Abed, which is a Sufi mosque - a mystical branch of Sunni Islam.

This is the deadliest militant attack in modern Egyptian history since an Islamist insurgency was stepped up in 2013.

While Egyptian President Abdel Fattah Sisi has declared three days of mourning, the military is reported to have already conducted air strikes in mountains around Bir al-Abed.

Jordanian King Abdullah II condemned the terror attack, and addressed his condolences to President Sisi and the families of those lost in the attack.

The King confirmed Jordan’s full cooperation and support to Egypt in the face of terrorism.