People walk outside a mosque that was attacked in the northern city of Arish, Sinai Peninsula. (Photo: EPA) 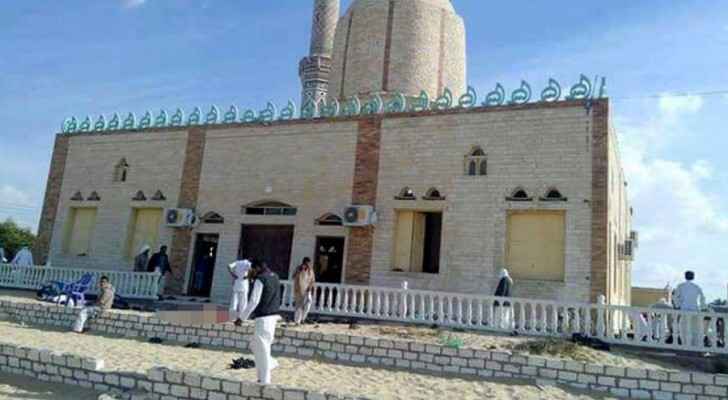 Suspected militants have a mosque with a bomb and gun attack in Egypt's northern Sinai province Friday, leaving at least 235 dead and dozens injured, according to Egyptian state media MENA.

According to initial reports in Egyptian media, at least 120 people were injured in the attack on Al Rawdah mosque in Bir al-Abed, west of Arish city, with eyewitnesses reporting ambulances wounded from the scene to nearby hospitals.

Local media reports said that attackers planted explosives and then opened fire on worshippers while the sermon was under way.

Egypt has been fighting a militant insurgency since mid-2013, when the army ousted and imprisoned Mohamed Morsi, the country's first freely elected president, in a military coup.

Militants in the Sinai Peninsula have declared allegance to ISIS since 2014 and carried out a number of attacks. While the insurgency has largely been confined to the northern Sinai Peninsula, sporadic attacks have also occurred on the mainland, including capital Cairo.