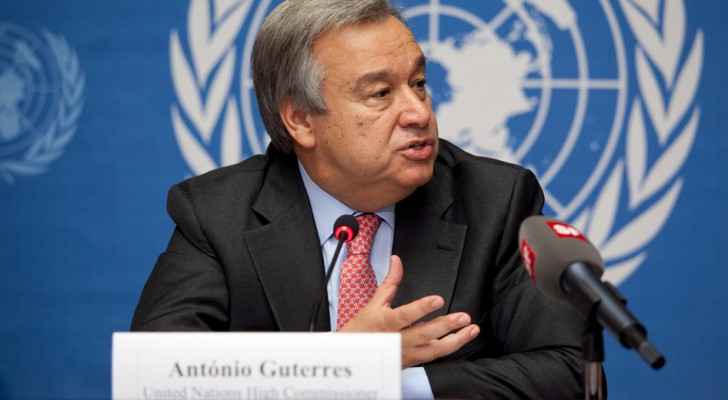 UN Secretary General Antonio Guterres said he was ‘horrified’ after watching the video showing African migrants being sold at Libyan slave markets, confirming the auctions should be investigated as crimes against humanity.

Guterres was speaking to the UN Security Council. He called for urgent action against human trafficking.

"I am horrified at news reports and video footage showing African migrants in Libya reportedly being sold as slaves," he said.

"Slavery has no place in our world and these actions are among the most egregious abuses of human rights and may amount to crimes against humanity."

The resolution recognizes that human trafficking during conflicts is a human rights violation and “may constitute war crimes”, according to the TIME website.

It urges all countries to apply the UN Convention against Transnational Organized Crime and its Protocol to Prevent, Suppress and Punish Trafficking in Persons.

It also calls on the UN member states “to investigate, disrupt and dismantle networks engaging in trafficking in persons in all areas affected by armed conflict.”

Italy, the council’s president for this month, also condemned all instances of human trafficking “in the strongest terms”.

Earlier, CNN obtained footage of an auction in Libya, which led them to investigate the case.

In the report, CNN showed a dozen men being sold at an auction outside of the Libyan capital of Tripoli. Some of them were auctioned off for as little as $400.

CNN are aware of around auctions taking place at nine locations throughout Libya, but many more are believed to take place each month.

On the other hand, a formal investigation was launched this week by the Libyan authorities into the auctions, overseen by the government's Anti-Illegal Immigration Agency.

Safadi : Ceasefire in southern Syria a ....