These coffee stalls are extremely popular in Jordan. (Aawsat.com) 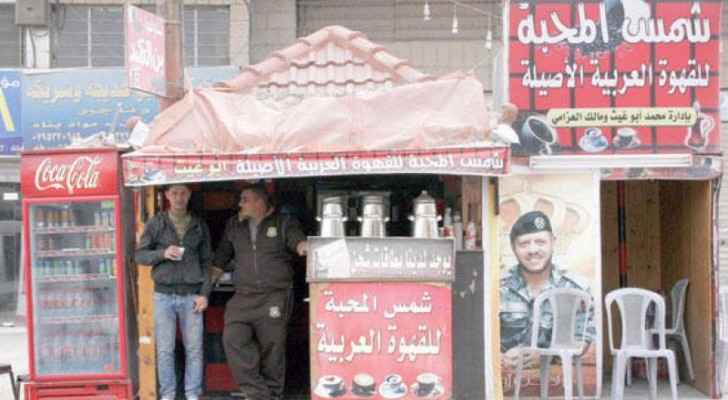 This might put you off drinking coffee from the side of the road in Amman.

Since the beginning of 2017, the Health and Occupational Control Department has recorded 594 violations against small coffee stalls in the capital - who typically set up their booths on the side of the road.

Of those, 225 stalls were forced to shut down, despite the department having no hard evidence that they were in violation of the law. Practical as these stalls may be, the majority of violators were issued a warning for delivering coffee to drivers who stop their cars on the side of the road, but who also end up blocking other drivers’ way and causing a traffic jam.

Other stalls were issued a warning for not abiding by the country’s health and safety laws.

Coffee bean suppliers allowed to open as of today

Citizens complain of excavation works carried out by Irbid ....