A scene from the protest 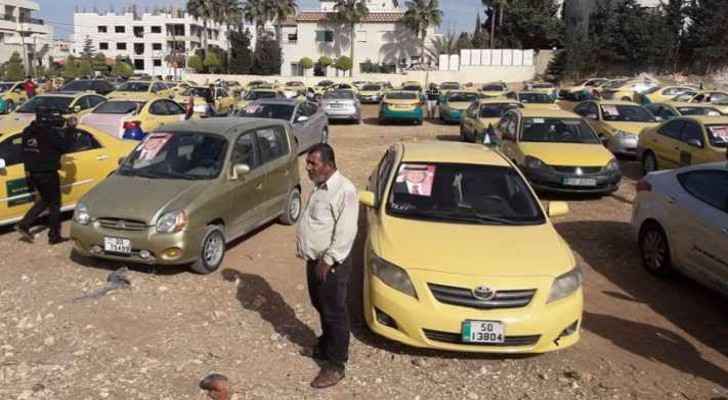 The drivers demanded that Jordan’s Telecommunication authorities block apps like Careem and Uber from working in the Kingdom, and described the delay in setting up regulations to stop such apps as procrastination on the Ministry of Transportation’s part.

Taxi drivers fear that the final regulations would increase the work of Careem and Uber, at the expense of yellow taxis, adding that the delay in regulations is suspicious.

According to taxi drivers taking part in protests late last year, their business “declined by 80 per cent” since Uber and Careem drivers started ferrying passengers.

This is the thirteenth protest against ride hailing apps, with taxi drivers taking part in demonstrations since last year. Taxi drivers have previously threatened to commit suicide and burn their cars in the middle of the street in protest of Uber and Careem.