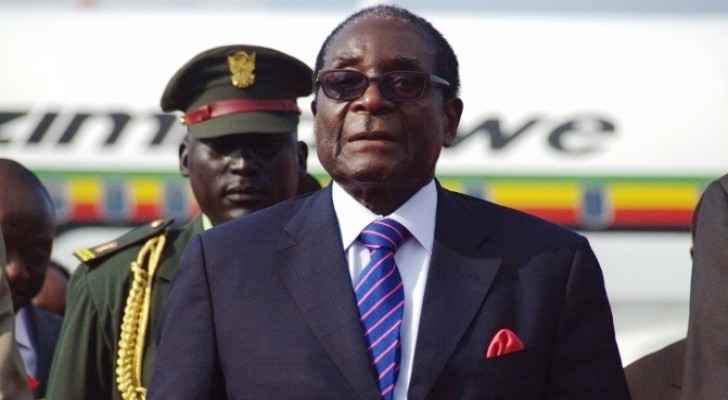 Zimbabwean President Robert Mugabe has been placed under house arrest by his country’s military, in the capital Harare, according to South African President Jacob Zuma says.

Mr Mugabe told Mr Zuma in a phone call that he was fine, the South African leader's office said.
The move may be a bid to replace Mr Mugabe with his sacked deputy, Emmerson Mnangagwa, who reportedly returned to Zimbabwe on Tuesday evening from South Africa.

Mr Mnangagwa's dismissal last week was widely regarded as a move to pave the way for Muagbe’s wife, Grace Mugabe, to take power instead, and has provoked widespread discontent among Mnangagwa’s supporters.

Troops are patrolling the capital, Harare, after they seized state TV and said they were targeting "criminals," with heavy gun and artillery fire heard in northern parts of Harare early on Wednesday, according to reports.

Soldiers are also reported to have blocked access to parliament, government offices and courts in Harare, the capital.

The army says this is not a military take over, however the situation is likely to signal Mugabe’s departure from power within the following days, weeks or at most months.

It has been speculated that Mugabe will be replaced by Mnangagwa, with opposition leaders taking posts as vice-president and prime minister.

In his address, which was broadcast later on Wednesday, South African President Zuma said:
"Given the seriousness of the situation, I have taken the decision to send an envoy to be able to conduct the leaders of the defence force who have undertaken these operations, but also to meet with President Mugabe so that we have a [clearer] picture of what is happening."

Mr Mugabe, 93, has dominated the Zimbabwe’s political scene since it gained independence from the UK in 1980, and has been president of the impoverished country since 1987.