#ChurchIsNotForSale is going viral on social media among Palestinians 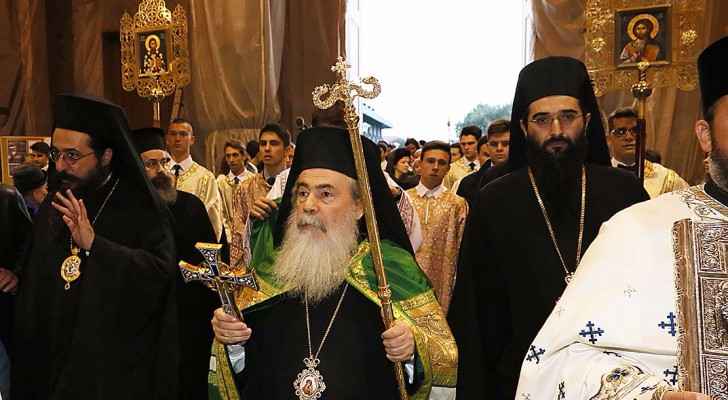 The National Christian Movement in Palestine launched a campaign on Monday called #الكنيسة_مش_للبيع , meaning “the church is not for sale”.

Meanwhile, hundreds took to the streets in Eastern Jerusalem, expressing national anger over the patriarch’s alleged deals with Israel and calling for his resignation.

Palestinian Muslims and Christians took part in the demonstration, although the majority were Greek Orthodox who came from various cities, Wafa reported.

They accused the patriarch of betraying the church’s responsibility to protect Palestinian lands that were handed under its care during the Ottoman period.

In early August, an Israeli court ruled over the selling of two strategically located hotels near Jaffa Gate in the Old City, and a large building in the Muslim Quarter to the Israeli Jewish settler group, Ateret Cohanim, which aims to expand the Jewish presence in the occupied city.

The court approved the sale giving Ateret Cohanim rights to the property for a period of 99 years.

The Patriach has been embroiled in controversy, following revelations that the church sold off key real estate in East Jerusalem to Israeli investors.