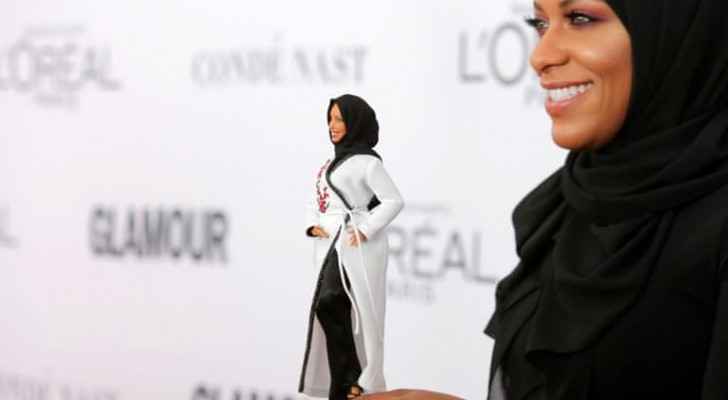 For the very first time, Barbie will release the a version of the famous doll wearing the hijab.

According to Al Jazeera, the hijabi doll will be out in 2018 and is based on the Olympian fencer Ibtihaj Muhammad.

The 31 year old Olympian came to fame after winning a medal at the 2016 Summer Olympics, as the first female Muslim-American to compete wearing a headscarf.

Thank you @Mattel for announcing me as the newest member of the @Barbie #Shero family! I’m proud to know that little girls everywhere can now play with a Barbie who chooses to wear hijab! This is a childhood dream come true ???????? #shero pic.twitter.com/py7nbtb2KD

The announcement was confirmed by Barbie on Monday, after an unveiling ceremony at Glamour magazine’s Women of the Year summit, Al Jazeera reported.

"Ibtihaj continues to inspire women and girls everywhere to break boundaries," the company said on Twitter.

While many social media users loved such a step, others seemed to disagree strongly with the latest doll.

Ann Coulter, a far-right US commentator, made a distasteful joke on the social media site, writing: "ISIS Ken sold separately.” According to Al Jazeera.

Rashida Tlaib to use Jefferson's Quran for swearing-in ....

Rashida Tlaib to use Jefferson's Quran ....