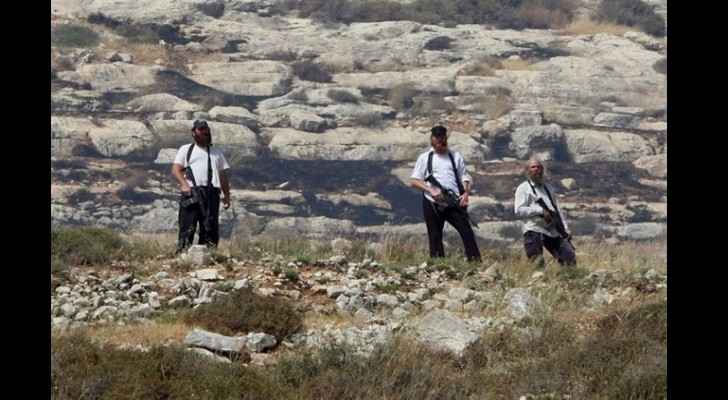 According to Wafa news agency, a group of settlers gathered near Huwwara and threw stones at Palestinian vehicles, injuring two people.

Meanwhile, Wafa reported that farmers in the village of Kufr Qalil were attacked by settlers.
No injuries were reported.
Hundreds of Palestinians have been detained for allegedly stone throwing in the past few years.

Palestinians claim that rock throwing represents a natural reaction to frustrations caused by the occupation of the West bank.

In January, a Palestinian youth was sentenced to 18 years in prison for allegedly throwing a rock at an Israeli vehicle.

According to prisoner’s rights group Addameer, 6279 Palestinians were detained by Israel as of August 2017, 465 of whom are under administrative detention and 300 are children.