You'll be able to fly from Dubai to London in half the time it takes you now. (Boomsupersonic.com) 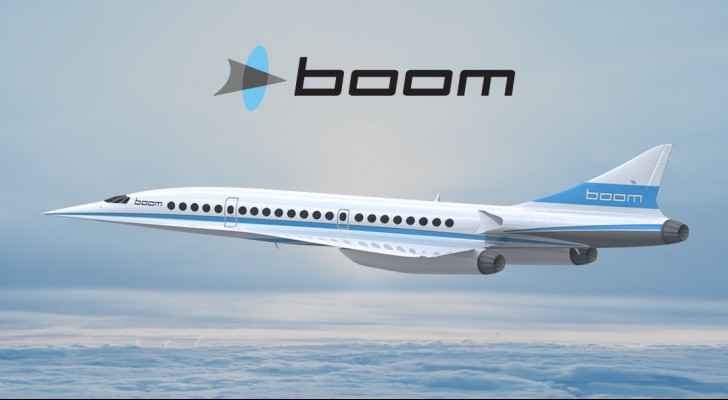 Say hello to the new Concorde: The Boom Supersonic will soon become your fastest method of country-hopping.

Blake Scholl is the Chief Executive of Boom, the brainchild of the supersonic jet.

The revolutionary plane is 2.6 times faster than your regular commercial aircraft and can carry up to 55 passengers.

The seating will be divided into either 55 Business Class seats, or 15 Business and 30 First Class seats (on longer flights).

According to Scholl, the speedy jet can travel from Dubai to London in four and a half hours; half the time it currently takes to fly there.

Surely travelling at such high speeds will set your car alarm going or shatter your home’s windows?

Not exactly. Scholl claimed that the Boom Supersonic will be “as quiet as a regular aircraft.”

"They're not going to notice the difference because it's no louder than the airplanes that are flying today. At the airport, your approach to land and take-off speeds are a little bit faster than subsonic, which actually reduces the noise footprint because the airplane flies over you faster than it would have otherwise," Scholl told Khaleej Times.

"The Concorde had an afterburner and was literally the loudest aircraft ever made. And Boom aircraft doesn't need an afterburner, it can use a turbo fan. And that means it is quiet enough to land at Heathrow at night. This aircraft will be as quiet as the ones flying around the airports today.

"On the sonic boom side, there's a lot of rumours built around them, that they can break windows, but it turns out it's really hard to break a window with a sonic boom - you have to fly over 100 metre over the window to crack the window. The Boom that we are producing will be significantly quieter than Concorde."

The good news is, you don’t have to be a millionaire to fly on the Boom, as it’ll cost you the same a Business Class airplane ticket.

"Think about for a moment the families that are separated because of the long flights. Think about the trips not taken because when you add up the lost hours, the trip just doesn't feel worth it.

That's where we come in. We are a team of engineers and technologists, brought together for the sole purpose of making our world dramatically more accessible," he told Khaleej Times.

"You won't have to be on the Forbes' list to be able to fly, it will cost about the same as flying business class today. The ultimate goal is to make supersonic affordable for anyone who flies."

Scholl told Khaleej Times that a pilot test of the plane, the XB-1, will be carried out in 2018, while flights will be operational by 2023.

The innovative firm is currently looking for a site that can produce 100 planes a year, as they have already received 76 pre-orders, according to CNBC.

Jordan allows national airlines to use ....