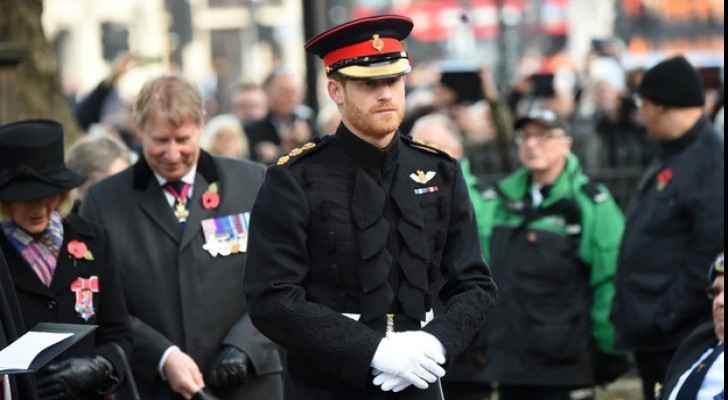 Prince Harry was accused of breaking military rules by wearing a beard while on official duty, according to the NZ Herald.

Prince Harry left the military in 2015 but appeared at the Cenotaph in London for Sunday’s remembrance service with a full beard.

The Daily Mail reported that a serving military member was unhappy about Prince Harry not shaving his beard.

"Prince Harry is letting us all down. There's no place for beards in the Queen's cavalry. He should have shaved it off for such an important day," he said.

However, a spokesman for the Ministry of Defence said that Prince Harry does not have to comply with any military regulations since he is no longer a serving officer.

"He is, however, a member of the Royal Family and at times his duties require him to don the uniform of a tied or associated regiment and does so with a beard, as did his great-great-grandfather before him."

Both Prince William and Prince Andrew appeared at the Remembrance Sunday service clean shaven, according to NZ Herald.

According to British Army rules, beards are not allowed unless soldiers are suffering from a skin issue or have strong religious beliefs.

Beards are also allowed for soldiers serving on active duty behind enemy lines.

Prince Harry was commissioned as Cornet into the Blues and Royals regiment of the British Army and left active service in 2015.