The explosion ocurred in the village of Buri, 15 kms away from Manama (Twitter) 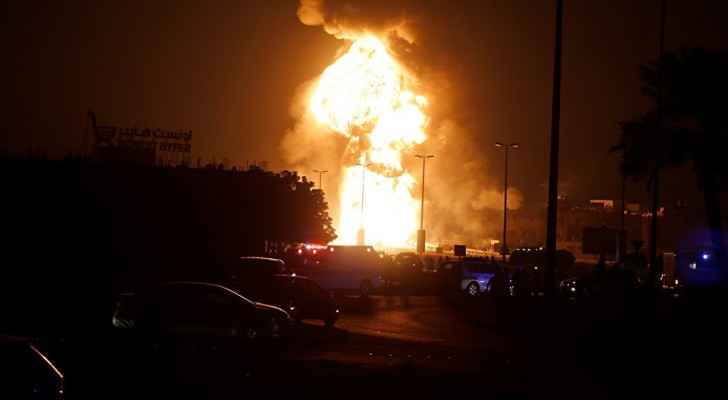 The Jordanian government condemned today the oil pipeline explosion that resulted in a fire near the Bahraini village of Buri Friday.

Mohammad Momani, spokesperson for the government, urged caution against acts of vandalism, saying that they harm nations, and only serve to deepen crises and increase tensions in the region.

Momani described the incident as an act of terrorism, and has stressed Jordan’s support for Bahrain in countering terrorism.

Meanwhile, according to Russia Today, Bahrain’s Ministry of Interior issued a statement blaming Iran for the explosion in the village of Buri, which lies 15 kms away from the Bahraini capital, Manama.

“The incident was an act of sabotage and a dangerous act of terrorism aimed at harming the higher interests of the nation and the safety of the people,” read the statement. “Terrorist acts witnessed by the country in the recent period are carried out through direct contacts and instructions from Iran.”