The Jupiter-Venus Conjunction in 2012. (Marek Nikodem/PPSAE) 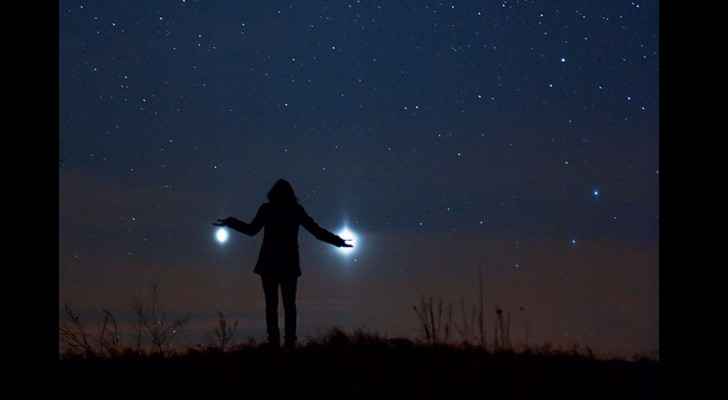 Rise and shine early on Monday morning as to not miss the beautiful Venus-Jupiter Conjunction.

The two planets will shine brightly together one hour before sunrise, when they pair up in the sky, fooling you into thinking that they are one huge star.

The astronomical event takes place once a year, when the two bright planets appear the closest they’ve ever been to one another.

This is what the last Venus-Jupiter conjunction looked like in 2016. The conjunction on Monday will appear similar to this. (Video/ScienceAtNASA)

You don’t need a telescope to spot the stellar planets, but if you happen to have one, you can use it to look at Jupiter’s colourful bands of clouds and four of its largest moons, according to AccuWeather.com.

However, be careful not to look through the telescope after the sun has begun to rise, unless you’re using the proper solar filters.

It will take several weeks for Venus and Jupiter to part ways, before they meet up again on 22 January, 2019, reported Space.com.

Mark your calendars for tomorrow, Jupiter will be at its ....

Mark your calendars for tomorrow, Jupiter will ....

Mark your calendars for tomorrow, Jupiter will ....

Mark your calendars for tomorrow, ....