Every child who was kind enough to donate their hair received a gift. (Roya) 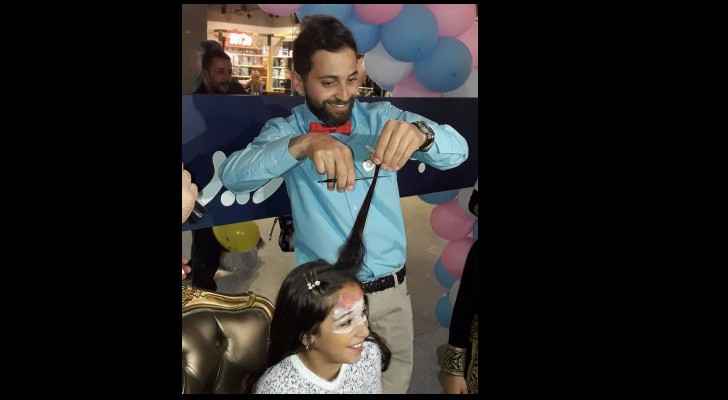 It’s heartbreaking when a child loses their hair to cancer, which is why Jordanian hairdresser Nihad Dabbas launched the “Harir” (Silk) initiative.

“Harir” was launched in one of Amman’s malls this week, where children signed up to donate strands of their hair to kids who had lost theirs to cancer.

The compassionate coiffeur said that all donated hair will be made into “comfortable-to-wear wigs.”

Each wig, according to Dabbas, will be made to suit the child’s face shape and complexion, meaning that the colour and style of each wig will differ.

Now that the hair has been collected, Dabbas said that he is “patiently waiting” for the wigs to be made and delivered to the sick children. 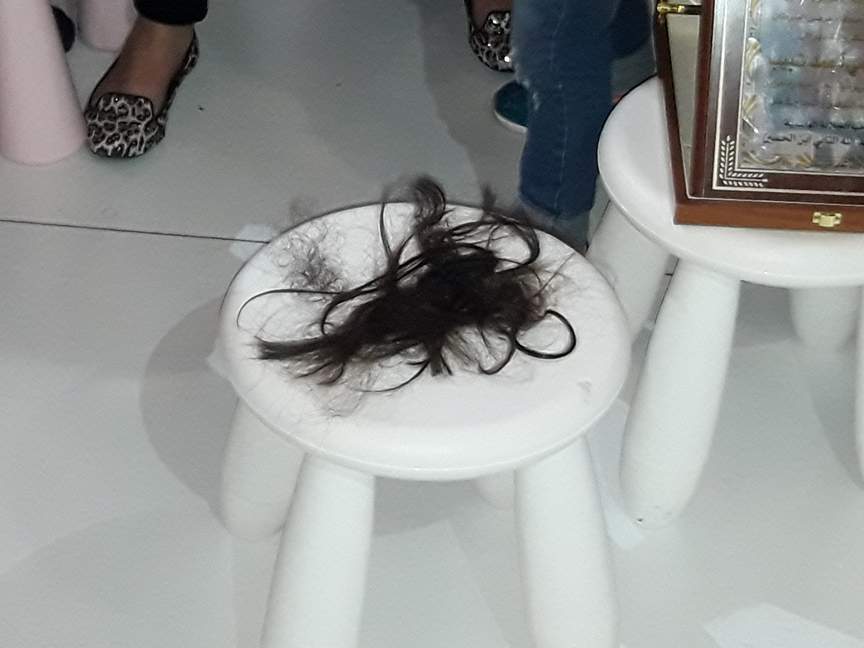 Dabbas told Roya that the idea came to him a few months ago when he thought to himself: “How can we help children with cancer? How can we put a smile on their faces and replace their hair?.”

He felt this urge to help after remembering what it felt like to lose some of his own hair when his granddad used to cut it for him as a kid.

Dabbas remembers having long hair at the time and feeling “extremely sad” after cutting it short.

His decision was also influenced by a picture of a little girl with a scarf on her head, and an expression of utter pain and sadness on her face.

It is everyone’s “duty to fight cancer,” according to Dabbas.

Every child who was kind enough to donate their hair received a gift from Dabbas.

The Harir initiative not only teaches kids to be compassionate, but it embeds within them a sense of responsibility towards helping others, and encourages them to be involved with volunteer and charity work from a young age.

Palestinian singer Rim Banna leaves our world after a long ....