Twelve years since the Amman bombings, how has Jordan managed to stay so safe? 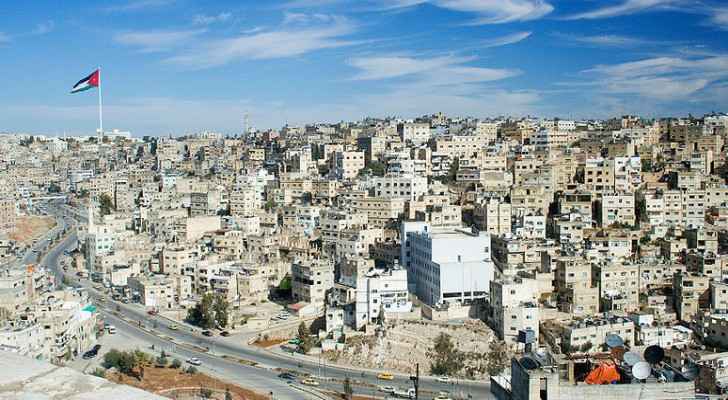 Twelve years ago Amman was rocked by a series of suicide bombings on three hotels, killing 57 people and wounding another 115, most of them Jordanians.

As the anniversary of the painful event rolled around, Jordan’s Minister of State for Media Affairs, Mohammad Momani, said on Wednesday that the incident had strengthened Jordanian's resolve to fight such attacks, adding: "the determination of our military and security agencies and the unity of our people are important factors to fight blind terrorism."

Momani’s words are not ones of hollow political discourse. In a region racked by terrorism, Jordan has since managed to avoid more large-scale attacks on its soil, with experts partly attributing this to a Jordanian unity against terror that was spearheaded by the events of November 9 2005.

In the evening of 9 November 2005, four suicide bombers walked into the Radisson SAS, the Grand Hyatt and the Days Inn hotels in Amman.

Some 900 Jordanian and Palestinian guests were celebrating the wedding of Ashraf al Khaled and his bride, Nadia al Alami, in the glittering ballroom of the Radisson.

“It was my long awaited planned day and I wanted it to be perfect, and it was really perfect until that moment”, Nadia said in an interview with the BBC.

Ali Hussein Ali Al Shamari, an Iraqi, jumped onto a table and detonated the explosives strapped to his chest. Twenty-seven of Nadia and Ashraf’s guests died, including both of their fathers.

“I heard screaming. I looked and saw my father. He took just two steps and fell down.”

It was the first attack of its kind in Jordan but fit a well-established pattern of suicide bombings that was all too common in the Middle East at the time. Al Qaeda had successfully exported its brand of fear and murder around the world and its branch in Iraq was heading up the insurgency against the American occupation.

The coordinated bombings, claimed by the Jordanian jihadist Abu Musab al Zarqawi and his Al Qaeda terrorist network in Iraq, were dubbed as “Jordan’s 9/11” and marked a turning point for Jordan in the ideological battle against terrorism.

Following the 2005 bombings, many predicted that a new generation of young Zarqawis, battle hardened in Iraq, would return to usher in a new era of terrorism in Jordan. The suicide attacks were expected to cripple the country and unleash chaos. But as the dead were buried, and the rubble was cleared from the hotel lobbies, Jordan rose up in outrage.

Zarqawi made a serious political miscalculation when he orchestrated the slaughter of dozens of Jordanian men, women and children in the Amman bombings. The deliberate targeting of fellow Jordanian citizens left the kingdom’s population reeling from the large scale deaths of so many of their compatriots, uniting society against Zarqawi and his extremist ideology.

For days after the attacks, Jordanians took to the streets, chanting, “Burn in hell, Zarqawi,” with almost a quarter of a million people demonstrating in Amman. Many protesters reportedly displayed their tribal names and affiliations, as if to prove that real Jordanians from across the Hashemite Kingdom deplored the bombings.

Even Zarqawi’s brother and cousin publicly denounced and disowned him, telling Jordanian newspapers, “We sever links with him until Doomsday.”

As with the 2005 bombings, the incident further united society against terrorism, with thousands of Jordanians taking to the streets with Jordan’s Queen Rania to protest and condemn the ISIS terror group.

“Moath Al Kasasbeh’s murder in the way that we’ve seen, made every Jordanian home feel like it has lost someone dear to it, which urged cooperation across the Kingdom,” Jordanian military expert, Fayez Aldweiri, told Roya.

Alongside the ideological battle against extremism, the Jordanian government’s deft handling of the the 2005 bombings, and the level of security since, has helped to further suppress terrorist activity in the kingdom.

“How has Jordan managed, not to prevent attacks, but rather to limit the success of those attacks? Through comprehensive joint security, intelligence, and military efforts. Intelligence, and coordinating with nearby countries,” Aldweiri explained to Roya.

Nonetheless, the tumultuous political situation in the region has seen Jordan forced to engage in a tireless campaign against terrorism in the kingdom and beyond.

“The number of breaches in the last year has been higher than those of the past ten years because of the dangers Jordan faces,” Aldweiri said. “And today, it was announced that eight terrorists from a ten-man terrorist cell were arrested last month. In other words, the risk is always there.”

Over recent years, Jordanians have been the target of several terrorist attacks in Baqaa camp, Rukban camp, and most recently in Karak. The threat of further attacks has not diminished, and as ISIS loses ground in Syria and Iraq, Aldweiri sees no sign that the security situation will ease up any time soon.

“Jordan’s security effort expanded to prevent such incidents, and this must persist, especially after ISIS’ military losses, which changed their strategy from open armed conflict, to guerilla warfare, resorting to assassinations and bombings,” Aldweiri said.

Yet while the threat of terrorism has continued unabated, the memories of the Amman bombings and Moath Kasasbeh remain in the consciousness of the kingdom, acting as a broadly unifying force in the country’s fight against violent extremism.