Yemen to see the worst famine in decades: UN warns 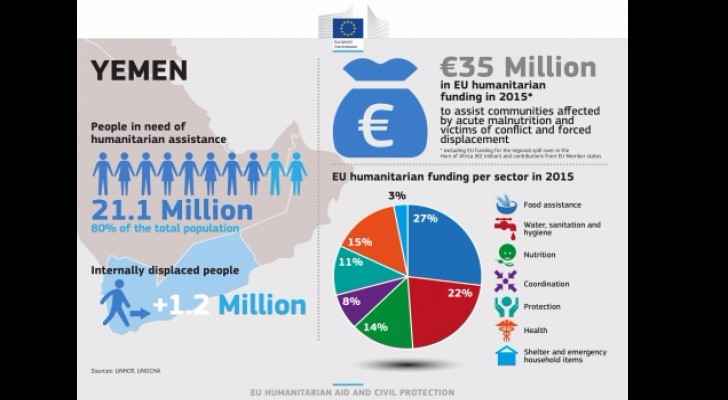 Yemenis are expected to suffer from “the largest famine the world has seen for many decades” if the Saudi-led coalition does not allow humanitarian aid into the country, according to UN Aid Chief, Mark Lowcock.

This comes after the Saudi-led coalition, fighting Houthi rebels in Yemen, tightened its air, land and sea blockade of the country after a ballistic missile was fired towards the Saudi capital, Riyadh, on Saturday.

The move has seen a massive increase in the country’s already inflated food and fuel prices, while flights delivering much-needed humanitarian aid have been blocked from landing.

At the UN Security Council emergency meeting on Wednesday, Lowcock warned of the dire humanitarian situation in Yemen following the intensification of the blockade.

“Humanitarian access through the ports was inadequate even before the measures that were announced on the 6th November [the blockade by the coalition],” he said, adding that no UN flights had been allowed into Yemen since Monday.

"It will be the largest famine the world has seen in many decades, with millions of victims."

Members of the Security Council emphasized the importance of keeping all Yemen’s ports and airports functioning, including Hodeidah port, as a critical lifeline for humanitarian support and other essential supplies, Italian UN Ambassador Sebastiano Cardi added.

Many humanitarian agencies released a joint statement expressing their serious concerns over the Saudi-led coalition's blockade imposed on Yemen.

The 15 agencies are demanding humanitarian operations to be resumed immediately and request clarity on the planned duration of the closure and contingencies to allow humanitarian supplies to be delivered.

“Given the current acute food-security crisis and cholera epidemic, hours of delays to the restoration and expansion of humanitarian access will cost the lives of women, men, girls and boys across the whole of Yemen,” the statement said.

Until September 2017, a total of 8673 conflict-related deaths and 49,963 injuries were reported from health facilities in Yemen’s conflict-affected governorates, according to the World Health Organization (WHO), although the actual figures are believed to be higher.

Yemen has also been suffering from a cholera outbreak since October 2016, after the country’s civil war destroyed all sources for safe water and sanitation infrastructure.

The total number of suspected cholera cases in Yemen in 2017 hit the half a million mark, and nearly 2000 people have died since the outbreak began to spread rapidly at the end of April, WHO reported.

UN warns loss of whole generation in Yemen due ....

UN warns loss of whole generation in Yemen due ....