Marc Schakal, MSF's Head of Mission in Amman, Jordan, at the opening ceremony of Dawn of Recovery. (Roya) 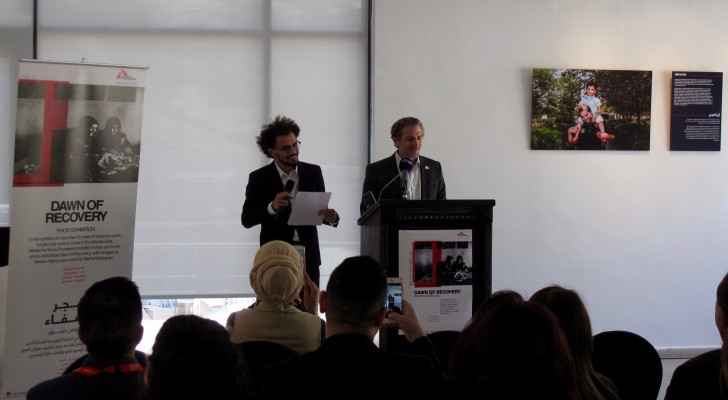 Ten years ago, Jordan’s first reconstructive surgery hospital opened its doors in the capital of Amman, designed to help victims of war across the Middle East to rebuild their lives through specialised medical services.

Marking the hospital's ten-year anniversary, Médecins Sans Frontières (MSF) held a photo exhibition Dawn of Recovery, in Amman’s Ras Al Ein gallery, exhibiting a personal array of photographs and text that document the road to recovery for the hospital patients.

“It is important through this exhibition to highlight the long term suffering of all the victims of this war that has been tearing the region and the people apart for too long. And to understand that behind Ibrahim, Qatadah, Yousef, Manal, behind each patient, there is a story of life,” said Marc Schakal, MSF's Head of Mission in Amman, Jordan, at the exhibition's opening ceremony,

Attending the event was Qatadah, a Yemeni patient whose legs had to be amputated after a car bombing in Aden. He arrived to MSF’s Amman hospital seven months later, where he was fitted with prosthetic legs and received complex orthopedic surgery on both arms.

“MSF helped me in Aden after the bombing, they treated me and then I was moved to Amman to receive treatment at the MSF reconstructive surgery hospital. I am recovering fast, and I am very good now,” Qatadah told Ro’ya at the gallery opening opening.

Qatadah sits under a photograph of himself, hanging upon the walls of the gallery. It is one of many, a series of black and white images of patient injuries juxtapositioned with the more intimate colour photographs of patients living out their everyday lives away from hospitals and the reminders of war. 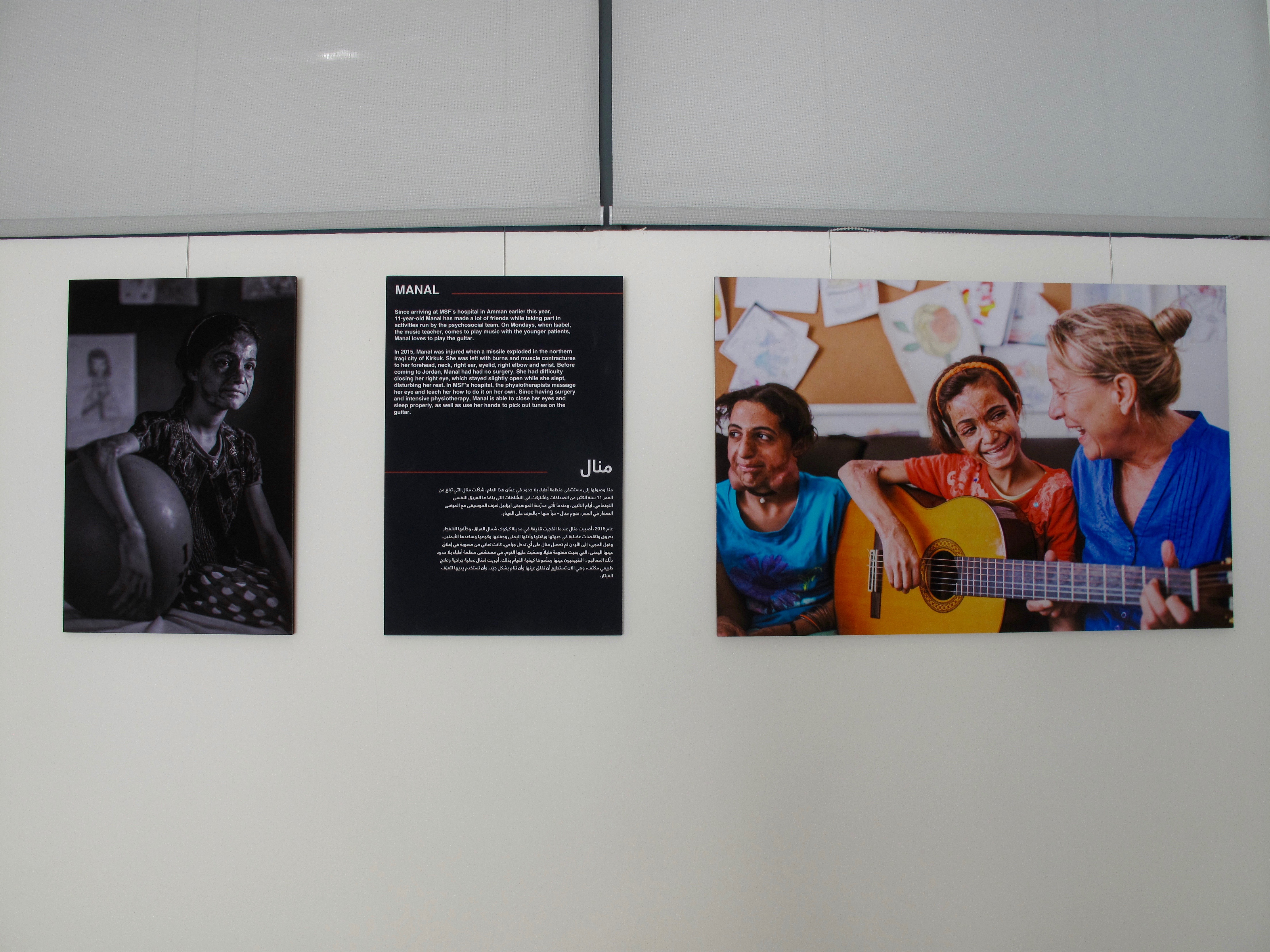 Italian photographer Alessio Mamo, along with journalist Marta Bellingreri, were both involved in documenting the hospital since 2016, and spent three weeks working closely with patients and staff for the Dawn of Recovery project.

“We asked every single patient: what do you like to do, what is the thing that you miss, things that you would like to do in the future, how did you improve thanks to the operations you had in the hospital?” journalist Marta Bellingreri told Roya.

“It was really amazing to see how they were happy to be involved in the project, and to spend time outside the hospital with us, and to tell their stories to us. It is not only important to the pictures, but to the stories behind the pictures,” she added.

With this approach, the images provide a personal look into the lives of the many Iraqis, Syrians, Yemenis and Palestinians who have been treated in the MSF reconstructive surgery programme, highlighting the life and humanity of patients so often portrayed as faceless victims of war. 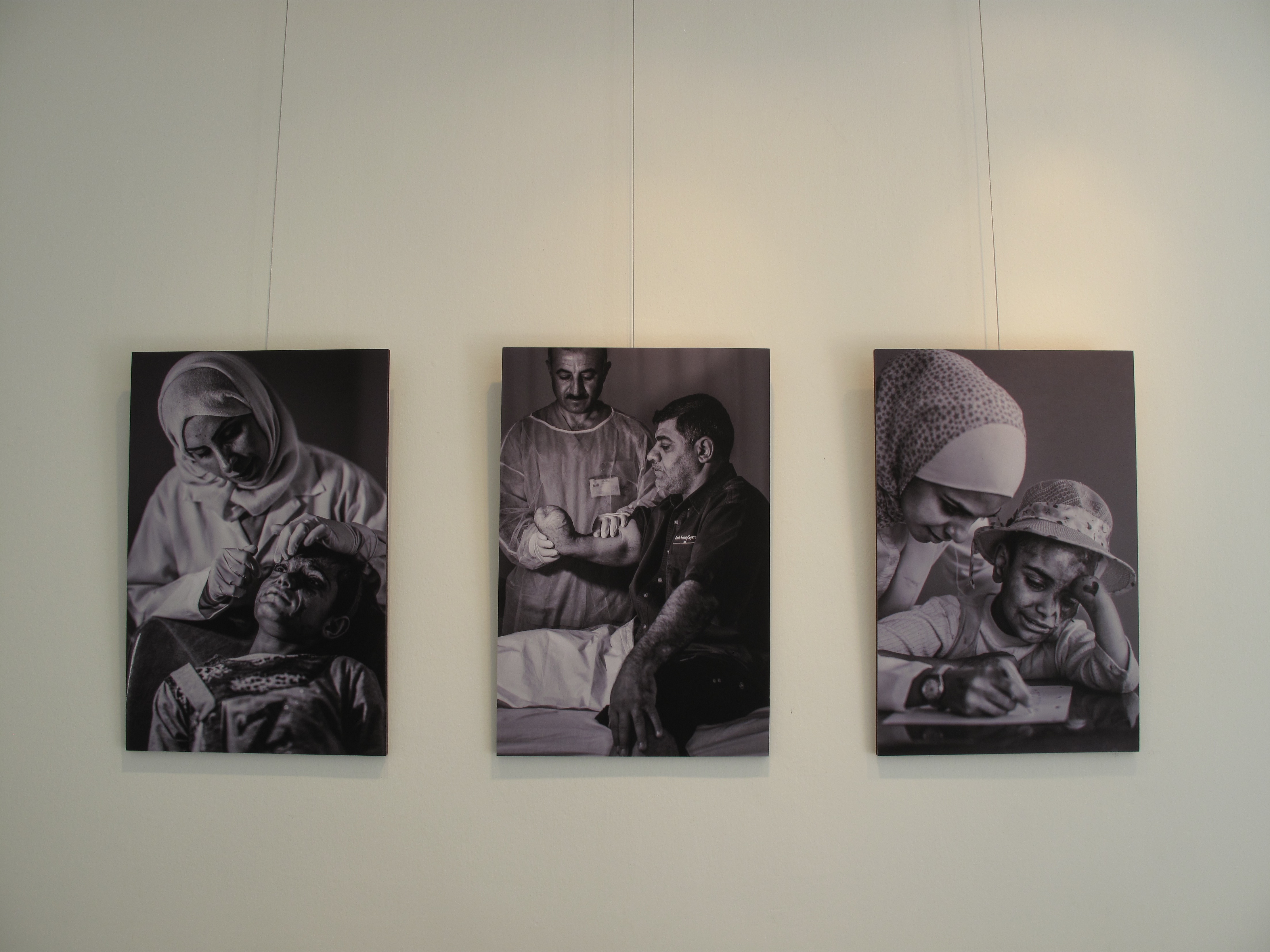 The MSF programme was initially established in 2006, in response to the high numbers of severe casualties from the Iraq War. As further conflicts erupted across the region, the hospital expanded to help the wounded across the Middle East.

“This is a peculiar hospital, because all over the world you will find some activities of reconstruction. But to have it in one place, receiving patients around the region from war zones, treating them in very high, technical surgeries, free of charge, for large number of people, this is really peculiar,” Dr Rasheed Fakhri Al Samaraee, Surgical Coordinator at MSF, told Roya.

Specialising in orthopaedic, maxillofacial and plastic surgery for victims of conflict, the reconstuctive surgery progam has treated over 4,500 patients and performed over 11,000 surgeries , providing the much needed care that is lacking in patients’ home countries. Patients are usually supported for months and sometimes years afterwards, to ensure they have made a full recovery. 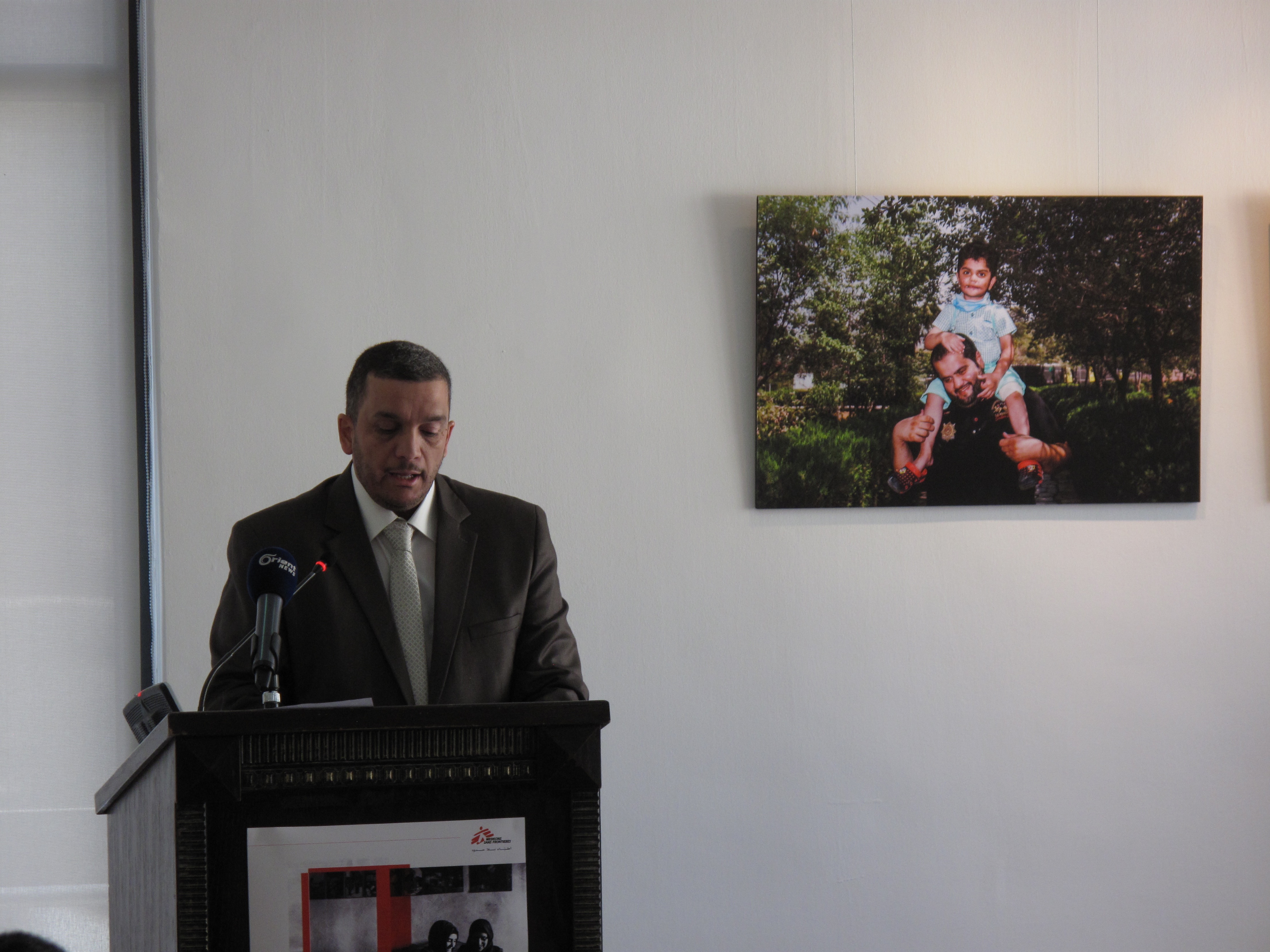 The hope now is for greater awareness to be raised about the hospital overseas, and to encourage similar projects in Iraq, Yemen and Gaza, to ensure there is a greater network of care and support for those whose lives have been dismantled by the destructive nature of war.

With conflict in the region continuing unabated, the work of MSF shows no sign of slowing down. As Shakel said during the opening ceremony: “Ten years ago we never thought we would stay ten years. Today, we obviously know that we have work for the next ten years.”