The motivation behind the killings remains unclear (The National) 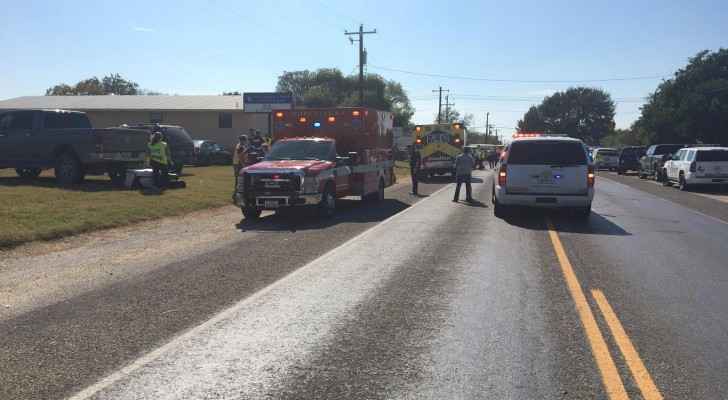 At least 26 people were killed and 20 others injured after a man opened fire at a church in Texas on Sunday, according to the BBC.

The attack took place in the small town of Sutherland Springs in Wilson County, claiming the lives of children and adults aged between five and 72.

U.S media identified the shooter as 26-year-old Devin Patrick Kelley, who was found dead in his vehicle.

According to the BBC, Kelley was discharged from the US Air Force in 2014 for assaulting his wife and child.
The reasons behind the shooting remain unclear.

The gunman opened fire outside the church at 11:30am local time. After going inside the church, a local citizen grabbed his own rifle and began shooting at the suspect, Freeman Martin, the Regional Director of the Texas Department of Public Safety, told local media.

Mr Martin added: "We have multiple crime scenes. We have the church, outside the church. We have where the suspect's vehicle was located.

"We have been following up on the suspect and where he's from. We have Texas Rangers at all the hospitals locating those and interviewing those who were injured."

US President Donald Trump described the shooter on Monday as “deranged,” according to ABC News.