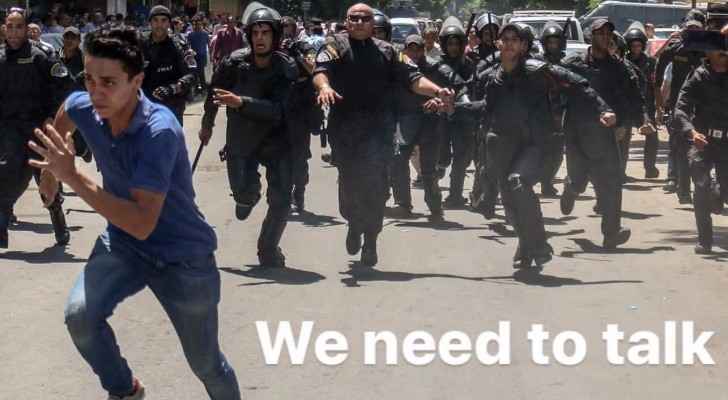 The hashtag #WeNeedToTalk is circulating on Twitter, drawing attention to Egypt’s questionable track record when it comes to human rights issues.

The social media conversation was sparked when Egypt's World Youth Forum called on the country's young generation to take part in its upcoming event, with the motto: "We need to talk."

The event, which is hosted by Egypt's president Abdel Fattah el-Sisi, is planned to take place November 4 and will host 3,000 guests from 86 countries.

Since the announcement, Egyptians and people from across the world have have to taken Twitter with the hashtag #WeNeedToTalk, turning the slogan on its head to condemn Sisi and his government’s abuse of power.

Some drew attention to Shaimaa al-Sabbagh, who was fatally shot by security forceson January 24, 2015, at a small, peaceful demonstration in downtown Cairo.

While others spoke out about the lack of free speech...

#WeNeedToTalk about Yasine my friend imprisoned for doing nothing wrong but supporting freedom of speech pic.twitter.com/xmUAnniam9

According to Human Rights Watch, under Sisi, Egyptian police and National Security agents have “routinely used torture and enforced disappearances against both criminal suspects and perceived political opponents with near impunity.”