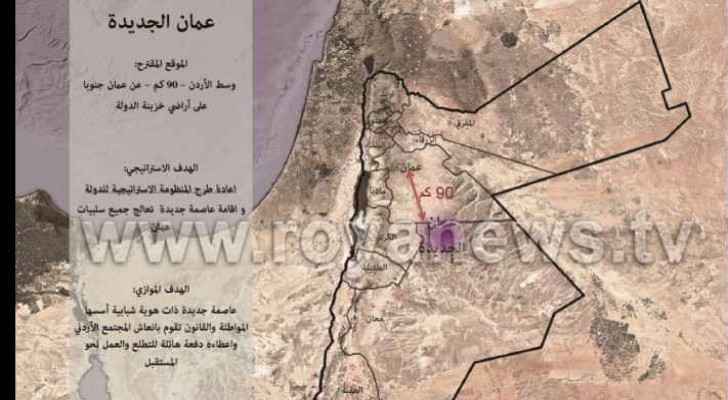 After Jordanian PM Hani Al Mulki announced that the government has finalized designs for the establishment of a new Amman City, and no official details were revealed about the project, the new plans are becoming controversial between Jordanians raising many opinions.

“‘The New Amman’ plans were revealed in a surprising way and wrong timing, although the plans should be examined from a national perspective, since we have 12 cities,” according to Murad Kalaldeh, the Urban Development Consultant.

“The timing is not suitable to construct the "new capital", because of the deteriorated economic conditions in the country,” Kalaldeh told Roya.

He also added that plans of Jordan’s Vision for 2025 are still under process, aiming to get people back to the main cities to help in their development, in order to reduce the number of people coming to Amman.

Amman Municipality had finalized a holistic plan considering expansion of the city, with several plans were examined during previous years. But the PM had surprised Amman Municipality and the industrial sector, as well as the transportation network by the New Capital plans.

“National plans should not have been put in place based on the latest crisis, hopefully Syrians will be going back soon,” Kalaldeh confirmed.

Few details of the project were provided to media however Jordanians have raised their concerns since Mulki’s announcement, questioning if the new Amman is financially and logically feasible to Amman’s problems.