Tourists have their picture taken with the Trump-Netanyahu mural. (Reuters) 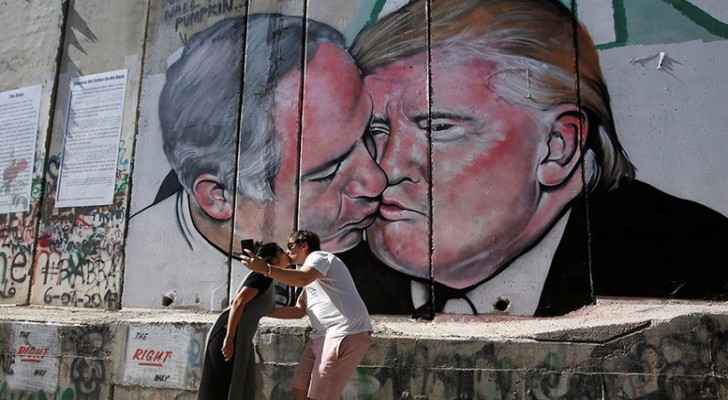 Tourists were amused by a mural depicting US President Donald Trump and Israeli Prime Minister Benjamin Netanyahu sharing a kiss on the lips, after it popped up on the apartheid wall, which separates Israel from the West Bank, overnight on Monday.

The mural is believed to be the work of Australian graffiti artist Lushsux, reported Reuters.

Hiding his face under a headdress, Lushsux told Reuters that he was hoping his painting would “draw attention to Palestinians stuck in ‘an indoor prison.’”

Lushsux told Reuters, with an Australian English accent, that “the wall is a message in itself. I don’t need to write ‘Free Palestine’ or something like that, something really direct ... that people will ignore.

Hours after Lushsux drew his mural, someone painted over it, according to News.com.au. 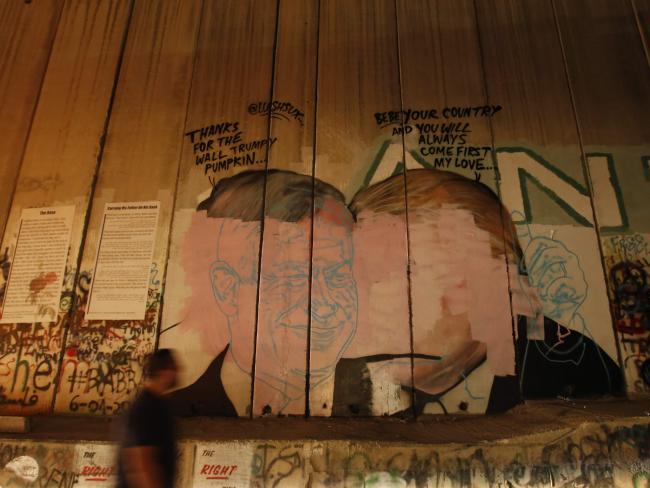 This mural is also believed to be the work of Lushsux: 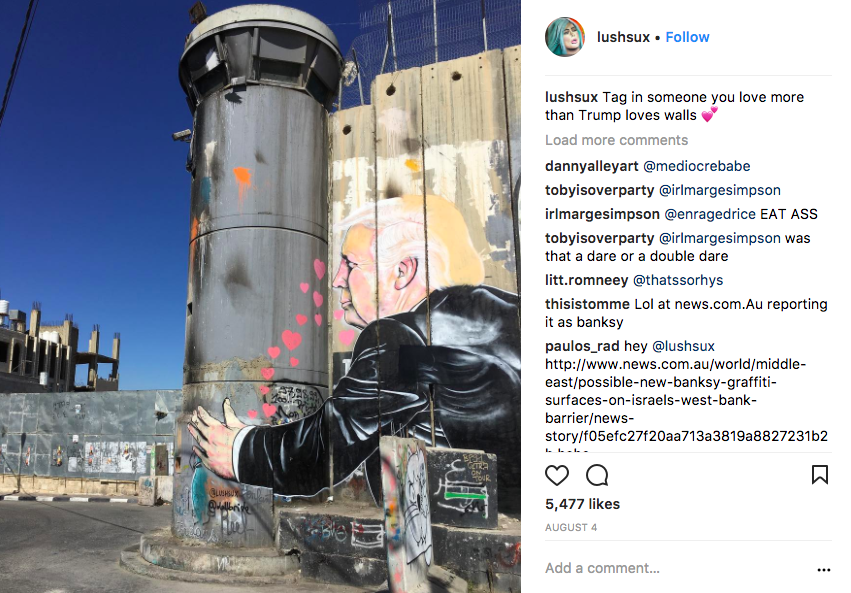 The separation wall, on both sides of it, has become a large canvas for Palestinians and international tourists and artists to voice their opinions on and feelings towards the decades-long Israeli-Palestinian conflict.