Breast cancer is a leading cause of death in Palestine. (Digital Health Age) 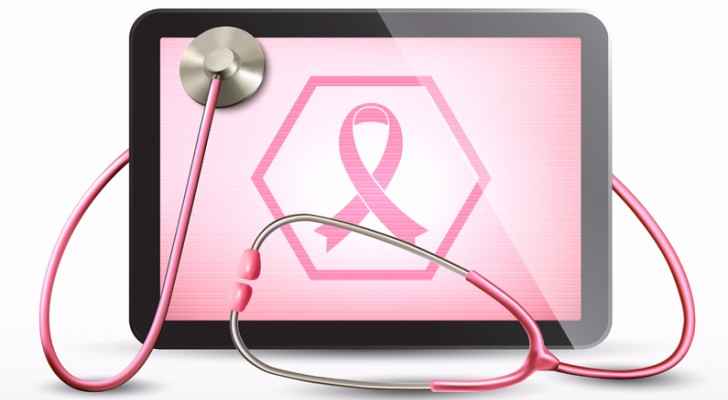 A cause to celebrate for women worldwide: scientists at Al-Quds University (AQU) in Jerusalem have invented a mobile app that can detect breast cancer.

The “revolutionary” app is the brainchild of AQU’s Dr. Zaidoun Salah and Eng. Yazid Al Badarin. 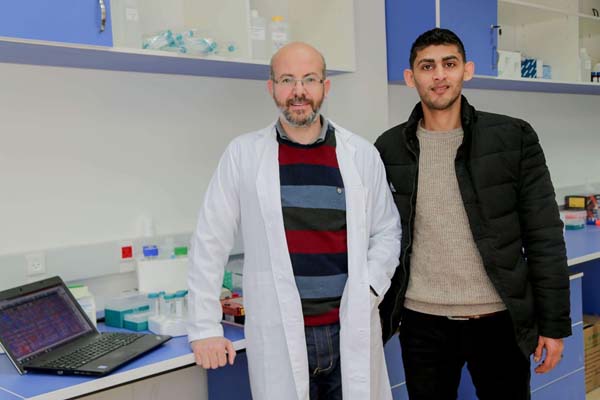 How does it work? By simply taking a picture of one’s breasts using the app’s camera, which will instantly analyze and reveal early symptoms. A medical specialist must be consulted if a tumor is detected.

While a mammogram works by taking a small burst of x-rays of the breast tissue, Al Badarin told us in a telephone interview on Sunday that the app detects areas of the breast with high temperatures, as they are indicative of an infection, high metabolism or a high blood flow; the areas where cancer cells thrive.

Unlike mammograms, which can only be done every two years and with potential side effects, women can safely use the app as many times as they please, which Al Badarin said is “essential for early detection during the two-year gap between each mammogram.”

“The app can save lives and detect cancer before it becomes more advanced,” an enthusiastic Al Badarin added.

Meanwhile, Dr. Salah, who holds a doctorate in Cell and Molecular Biology, said that the app and mammograms “complete” each other. 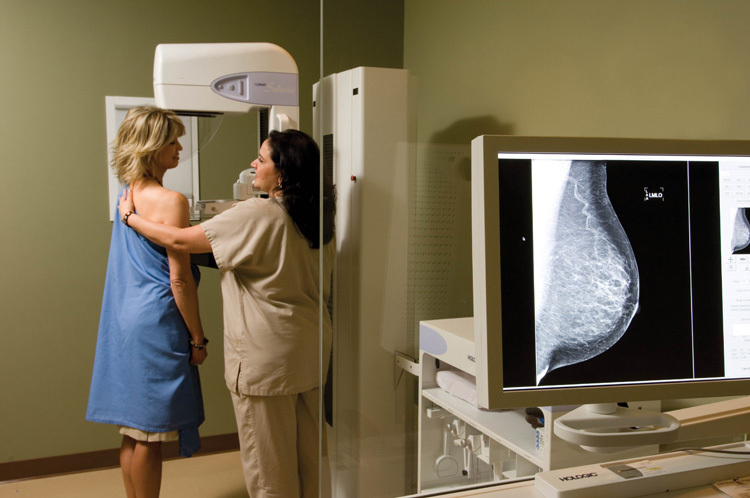 A woman gets a mammogram done. (Via Amber Diagnostics)

The nameless app, which is not yet available for download, has been tested on lab mice with a high success rate. However, Al Badarin said that the app will be tested on women in Palestine this week, now that the Ministry of Health has granted his team permission to do so.

Should the app provide accurate results after being tested on humans, it will be available for download in the near future, Al Badarin excitedly announced.

Al Badarin explained that the idea came to him and Dr. Salah two years ago, but bringing it to life took “longer than expected” due to “ethical reasons.”

“Because we live in a conservative society, it took some time to convince the Ministry of Health to grant us a permit to test the app on women,” Al Badarin said. 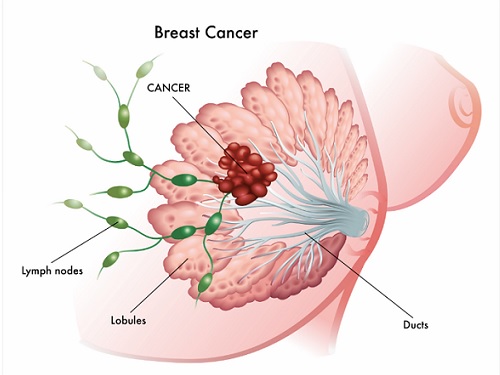 Not only is the app medically safe to use, but technologically, as well.

A password will be required to access the app’s photo gallery, since it will contain sensitive information and photographs of women’s breasts.

Al Badarin said that they are even thinking of writing an algorithm similar to that of Snapchat’s, that would delete the photos after 24 hours of taking them, if a tumor has not been detected.

Other future plans include the possibility of electronically connecting the app to doctors’ clinics and to hospitals, where users will be able to directly send their pictures to their doctors for further analysis.

We asked Al Badarin if the app is able to detect other types of cancer, to which he optimistically answered: “That could well be the case if the sensitivity of the app is to be improved.”

Breast cancer is a leading cause of death in Palestine.

Palestinian singer Rim Banna leaves our world after a long ....