Half a million refugees flee South Sudan due to civil war

Half a million refugees flee South Sudan due to civil war 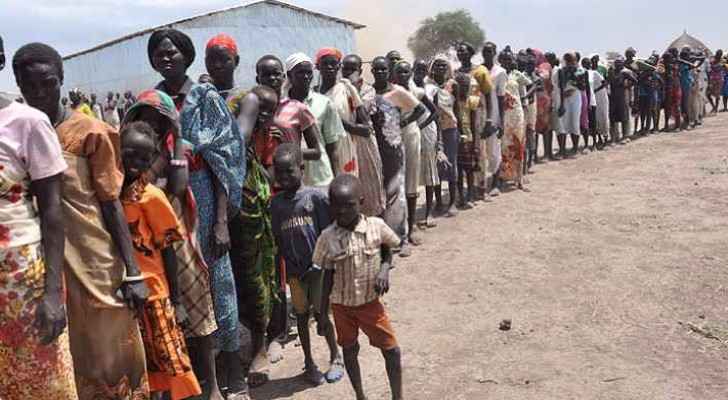 Thousands of people fled South Sudan and took refuge in Khartoum, Sudan’s capital, after their homes were demolished by South Sudanese forces, according to the UNHCR.

More than 450,000 refugees have escaped the civil war in South Sudan since it first broke out in 2013. However, the Sudanese Government estimates the real number of refugees at 1.3 million.

South Sudan gained its independence from Sudan in 2011.

According to the UNHCR, the Sudanese Government has demolished around 220 houses in the area of Dar Al Salam in October, leaving 2000 people homeless. Meanwhile, an unknown number of people, who were also left homeless, were reallocated to Omdurman - which lies on the western bank of the River Nile - leading to the exhaustion of water and health facilities.

Thirty-five thousand refugees are living in “open areas” in Khartoum; the government is currently working on moving them to other areas.

The Sudanese Minister of Interior, Hamid Manan, said that Sudanese authorities are waiting for Sudanese President Omar al-Bashir’s orders to choose where the areas the refugees should be allocated to.