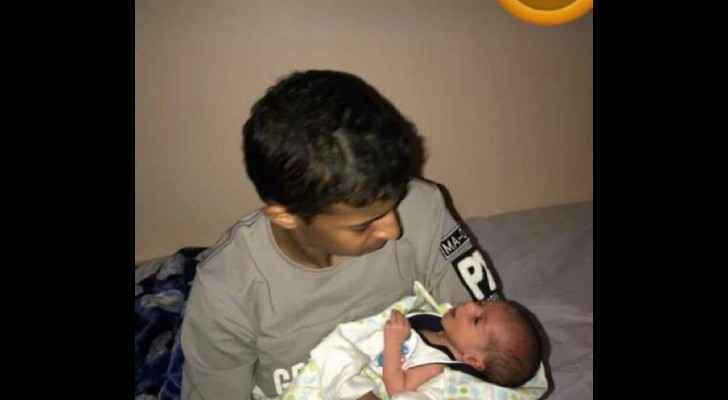 Fifteen-year-old Ali al-Qaisy from the Tabuk area is a tenth grader, whose wedding in 2016 went viral and grabbed local media attention.

Mohammad al-Qaisy, the new grandfather, said that this is his first grandchild, and that the newborn is in great condition.

Social media users were divided between those who supported Ali’s life choices, and those who criticized them.

"Puberty is a stage not a moment, this child has not fully developed yet. By the way how old is the bride?”

“Saudi Arabia’s youngest husband just got a baby (he is 15 years old and has a baby, while others are 35 and still want to mould their lives.”

When Ali tied the knot in 2016, his wedding was attended by his classmates, teachers, relatives and neighbours, while his school decided to give him a week off for his honeymoon and agreed to defer his examinations.

Abdulrahman al-Atawi, Ali’s school Principal, told Sabaq newspaper: “All the teachers joined me in celebrating Ali’s wedding, and we gave him wedding gifts too.”

The child’s father said he did not hesitate to marry Ali off, who also kept insisting on the idea. In fact, Mohammad helped find his son the perfect bride, and said that Ali was capable of taking care of a wife and his own home.

Ali’s father had a similar experience to his son’s; he got married at a young age as well, and currently has three wives and 16 children.

As for the new father, he encouraged his classmates to get married, noting that marriage “preserves youth” and “opens life’s doors.”

Awqaf Minister says Hajj will be held at full capacity

Awqaf Minister says Hajj will be held at full ....

Awqaf Minister says Hajj will be held at full ....