The disturbing poster was created by the Wafa Media Foundation. (Twitter) 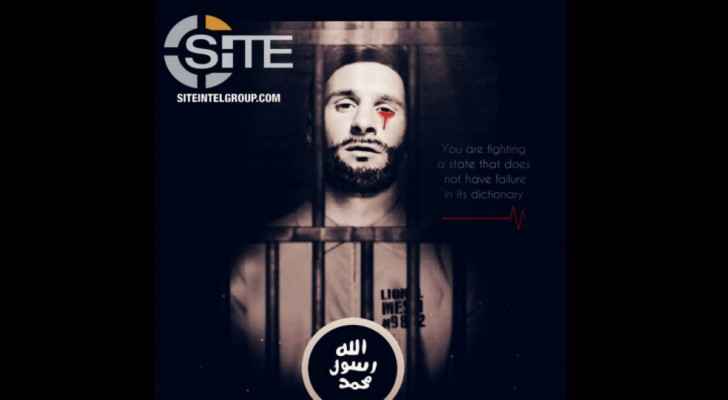 An image of international footballer Lionel Messi crying blood behind bars was released by a pro-ISIS group as a threat to the 2018 World Cup.

The disturbing poster was created by the Wafa Media Foundation, and it aims to spread fear amongst the football fans who plan to attend the games in Russia.

A message, in both Arabic and English, on the poster read: “You are fighting a state that does not have failure in its dictionary.”

Another message on the poster, also in Arabic and English, read, “Just Terrorism,” referring to their terrorist acts as “fair” and “justified.”

This wasn’t the only poster released by propaganda pro-ISIS groups to threaten the World Cup.

Another poster delivered the message: "Oh, enemies of Allah in Russia, I swear that the fire of the mujahideen (Jihadists) will burn them, just wait.”

Russian President Vladimir Putin recently said that between 5,000 to 7,000 people from Russia and other former Soviet States have been recruited by ISIS, according to the BBC.

"Despite his government's defence doctrines stating that the US and NATO is Russia's greatest threat, I have always felt that Putin regards Islamic extremism to be the most immediate threat," said Ian Brzezinski, Senior Fellow at the Atlantic Council.