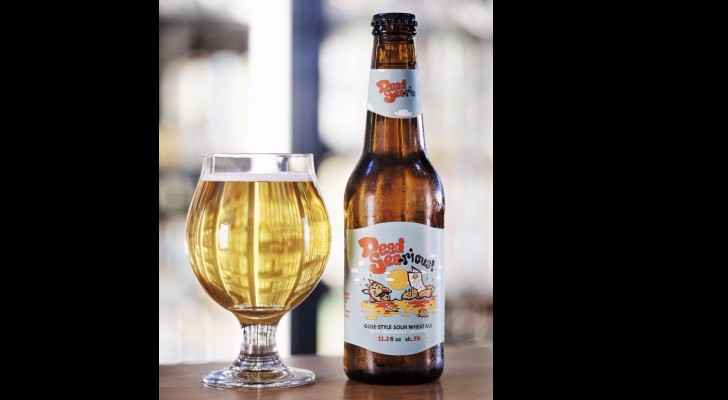 Dead Sea salt is no longer just used to make beauty products, you can now drink the mineral on a hot summer day by the pool.

Allow us to explain.

Jordan’s famous brewery, Carakale, has launched a new beer, Dead Sea-rious, which uses salt from the Dead Sea and grapefruit from the Jordan Valley as its main ingredients, in addition to coriander and a souring agent.

Yazan Karadsheh, the founder of Carakale (2010), succeeded in importing his new beer to bars in Arizona and New York.

Christian Gregory, general manager of Shelton Brothers Inc. of Belchertown, Massachusetts, described Dead Sea-rious as “well balanced, not over the top in any way.”

“The grapefruit clearly comes through but doesn’t overpower,” added Gregory, whose importing business looks for the most interesting beers from small brewers around the world.

Karadsheh, 33, created his first beer, a Blonde Ale, in 2013. Today, it is sold in most of the 600 bars, liquor stores, restaurants and hotels that sell alcohol in Jordan.

“Our second mission statement is to have us recognized in the world as a Jordanian craft brewery, which is unheard of,” Karadsheh told Bloomberg.

Cheers to that, Karadsheh!