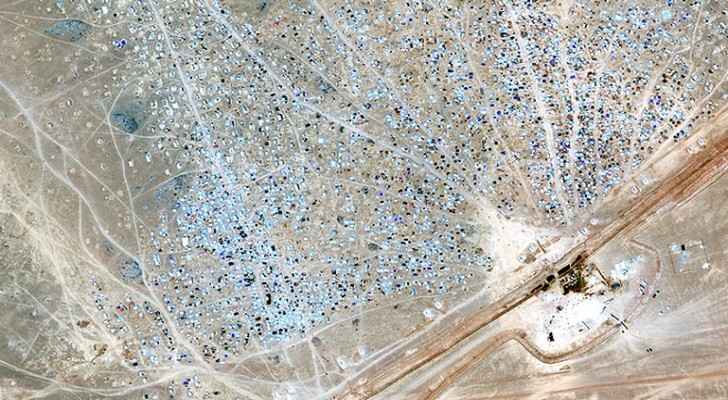 The recent news of the liberation of Raqqa, Syria, did little to encourage those who fled the city to Rukban refugee camp along the Jordanian-Syrian border, when ISIS took control in 2014.

Syrian Democratic Forces (SDF) took Raqqa last week, raising flags over the last ISIS footholds after a four-month long battle. However, according to reports from Rukban, many camp residents are reluctant to return to their home city, fearful that they will be forced to fight with the Syrian Army, or other forces, against ISIS.

Despite ISIS being driven out of Raqqa, many have chosen to stay in devastating living conditions along the wind-swept border, where food and water is sparse and access to health care is limited.

“They [Rukban residents] are tired, but obviously they prefer the harsh living conditions in the camp than the violence of regime forces and being forced to fight”, Omar Al Beniai, spokesman for the Tadmur and Syrian Badiyyeh tribes in the Rukban camp, told Ro’ya.

Access to humanitarian aid in Rukban has been limited since Jordan closed the border with Syria in 2016, after an Islamic State car bomb at a Rukban military base killed seven Jordanian border guards.

Since then, there have only been three rounds of aid distributions, with the last one being a partial distribution in June 2011, according to the Jordanian INGO Forum, leaving the estimated 85,000 residents of the camp a dire situation.

However, despite the harsh living conditions in Rukban, Beniai says the destructive aftermath of the battle for Raqqa does not encourage Rukban residents to return home.

Along with the risk of conscription, “the city is no more than ruins” after the campaign against ISIS, Benia told Ro’ya. Recently Russia has accused the US-led coalition of bombing the Syrian city of Raqqa "off the face of the earth" with carpet bombing, during the fight against the jihadist group.

With their home city destroyed, and residents fearful of forced conscription, many of Raqqa’s residents remain among the thousands of refugees, stranded along the border with Jordan.