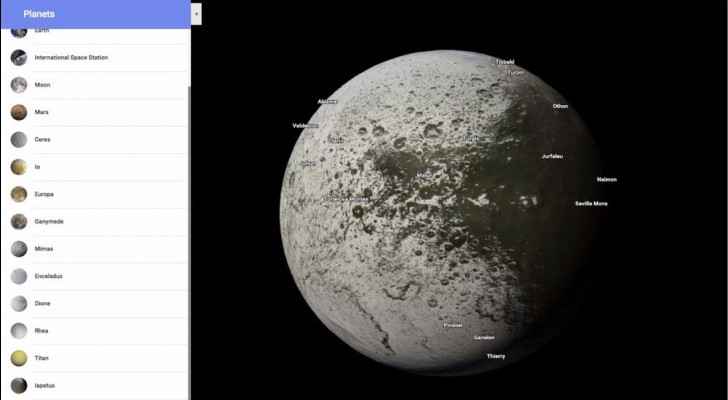 Google announced it is launching the new version of its ‘Google Maps,’ which will allow users to discover planets and moons in the solar system.

The new service, Planets, will allow users to view satellites, dwarf planets like Ceres and Pluto, in addition to Venus and Mercury, and satellites of Jupiter and Saturn.

The new launched service will also let users to visit the the International Space Station, watch the earth from its windows, visit places where astronauts sleep and have their food, and travel in the station just like Google Streets, but it will not allow users to have the ability to discover the surface of the planets.

Although Google Maps restrict users in zooming in and out the map, especially in the North and South Poles, it will be really interesting for the Solar System and will introduce users to new perspective to know the system.

Google reached images that will be introduced to users to discover planets from t he National Aeronautics and Space Administration (NASA), Space Management, and the European Space Station (ESA).