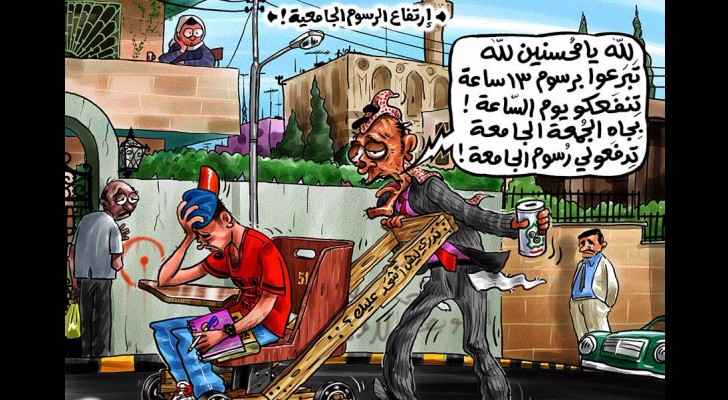 A picture speaks a thousand words, so does an editorial cartoon.

And no one’s caricatures reflect what many Jordanians are thinking better than those of political cartoonist Emad Hajjaj.

These are some of the most accurate reflections of Jordanians’ lives and their state of mind.

1. Many Jordanians believe that immigrating to the West or Gulf will provide them with a better lifestyle. “Are you pro arranged marriage or marrying for love?”

2. There has been an increase in university tuition fees and parents can't cope with higher education's high costs. 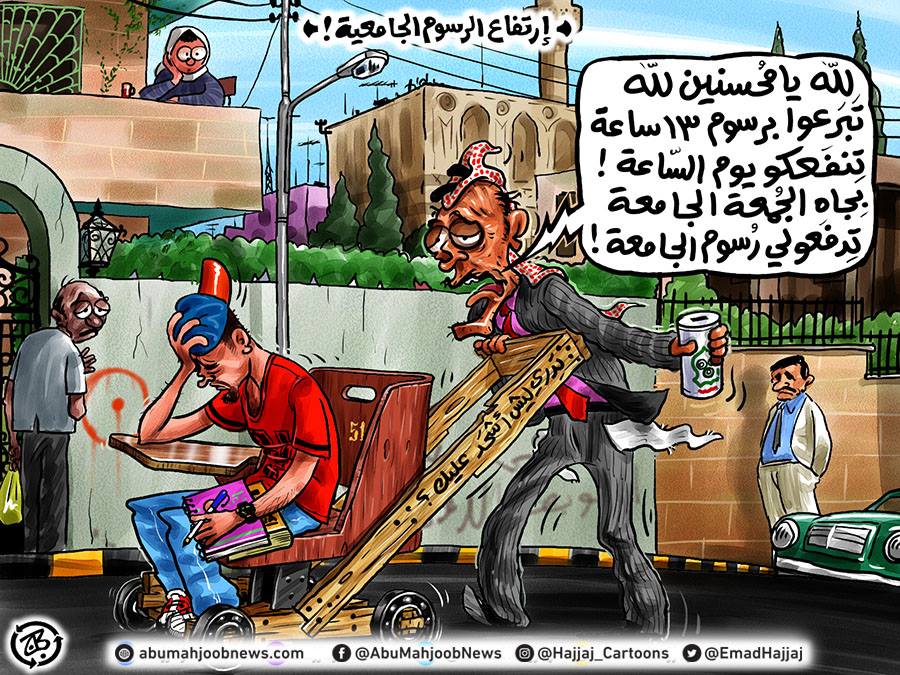 "Oh, charitable ones, donate the fees of 13 university teaching hours. On this blessed Friday, pay my son's tuition fees."

3. The government raised taxes in February. The working and middle classes were hit hard by the tax hike. Target is aimed at "citizen's pocket."

4. Many housemaids in Jordan run away from their employers' homes because of bad treatment. Others resort to killing their employers or their children. 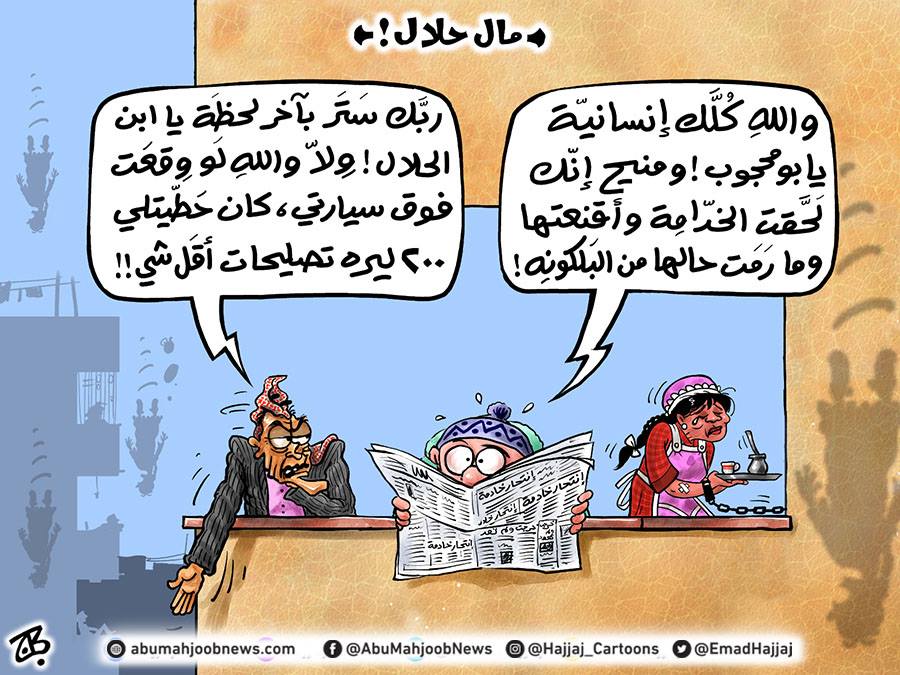 The newspaper has many headlines about housemaids committing suicide.

Man reading the newspaper: "You're so humane, Abu Mahjoob! It's a good thing that you convinced your housemaid not to jump off of the balcony."

Abu Mahjoob: "Thank God, I caught her at the last minute. Imagine if she had fallen on top of my car, she would have cost me 200 JOD in repairing costs."

5. Jordan has recently witnessed a large number of seized rotten meat and poultry. 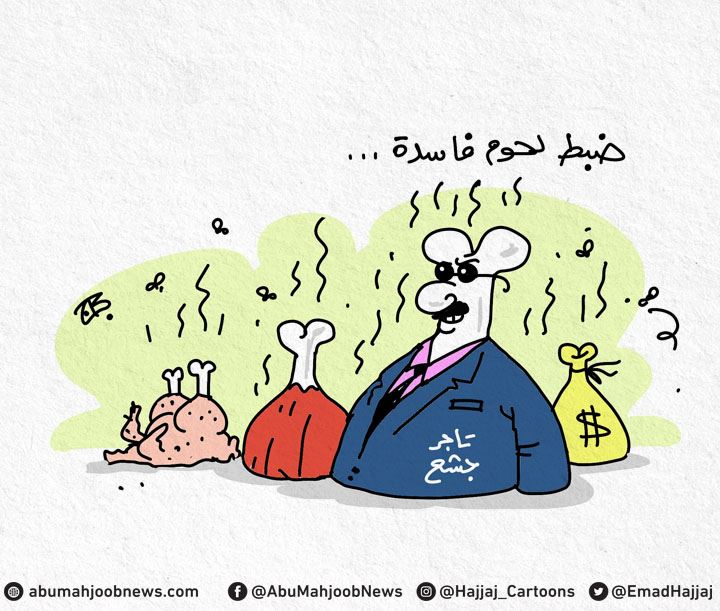 The man's jacket has the words "greedy merchant" written on it.

6. Drugs are a serious problem in Jordan, with the Anti-Narcotics Department catching smugglers on a regular basis. 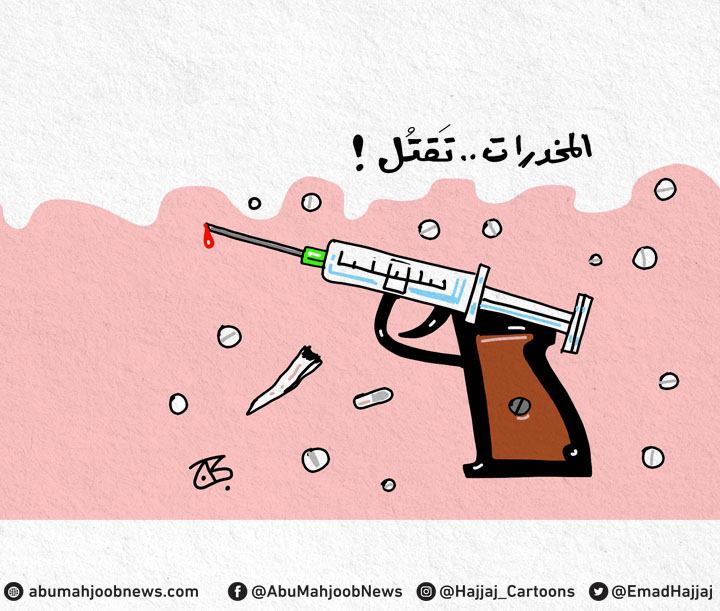 7. The struggling economy, alongside other things are putting much pressure and stress on Jordanian citizens. 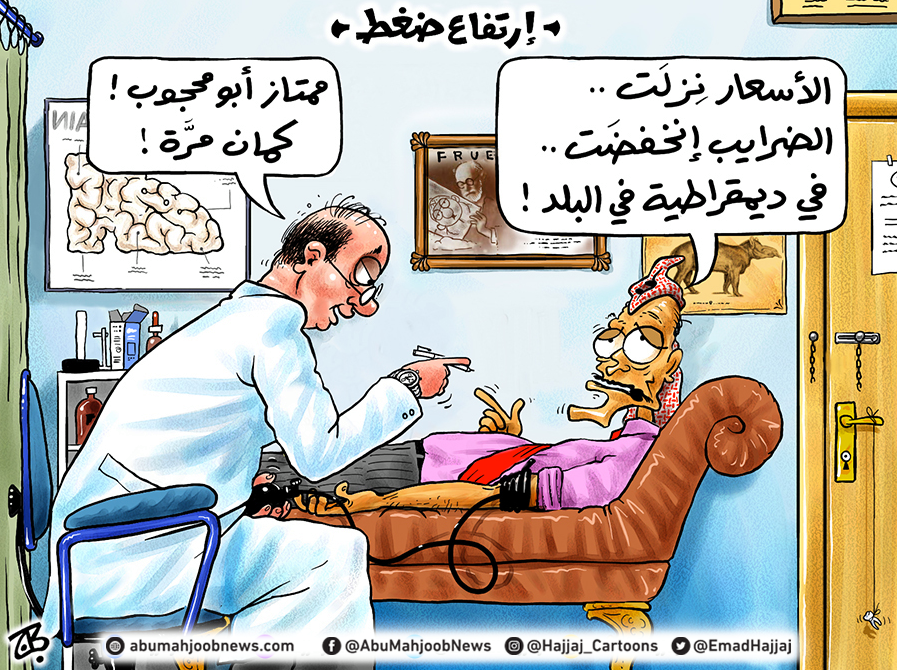