What was that flaming fireball in the UAE skies? 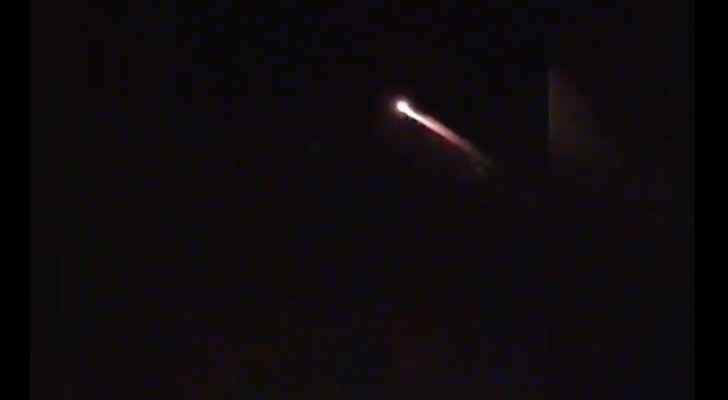 If you happened to spot a flaming fireball travelling across the UAE skies on Monday evening, we hate to be the one to tell you that it was NOT a meteor, like many social media users had you believe.

A Dubai astronomer joked that “it was not Superman either."

Dozens of people captured footage of what they believed to be a meteor lighting up the sky, but Hasan Al Hariri, CEO of Dubai Astronomy Group, said on Monday that what people saw was, in fact, space junk.

Mohammed bin Rashid Space Center confirmed that a meteorite has passed through the skies of Dubai pic.twitter.com/acPvBRTIp7

The flying object was first spotted over Abu Dhabi at 7:35pm local time, before reaching Dubai at 7:40pm.

"After receiving several panicked phone calls, we wanted to set the record straight. First we searched the Nasa website to check the schedule for falling debris and we confirmed that it was the Progress Module M07 SL-4 R/B," Al Hariri clarified.

The Progress Module is space talk for a Russian cargo spacecraft which resupplies the International Space Station (ISS).

Al Hariri assured any panicked residents that "these are planned, guided reentries" back into earth.

"They will not cause damage as they break up after reentering the atmosphere. Local authorities will only be alerted of reentries if they are coming in at an altitude of less than 100km above ground."

"If there was any surviving debris, it would have fallen straight into the Indian Ocean, as planned," Al Hariri said.

The astronomer said that UAE residents were “very lucky” to have seen this so clearly.”

He said that the “spectacular” visuals lasted for approximately 80 seconds.

No need for disappointment though, as the UAE will witness TWO impressive meteor showers in November and December, according to Al Hariri.

Massive fire breaks out at 35-story building in Dubai