Would you spend the night here? (Al Ghad) 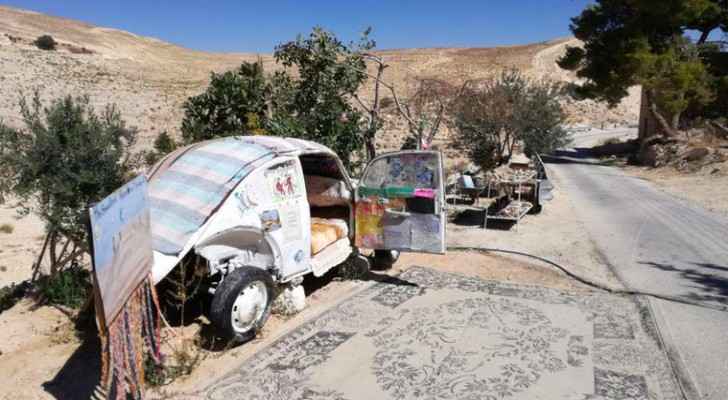 Travelling has many perks; staying in a hotel is one of them.

But if you’re looking for the smallest hotel in the world, you’ll find it in Jordan.

Mohammad “Abu Ali” Al-Malaheem, 64, is the proud owner of the world’s teeniest hotel, which he set up himself inside an old white Volkswagen Beetle six years ago. 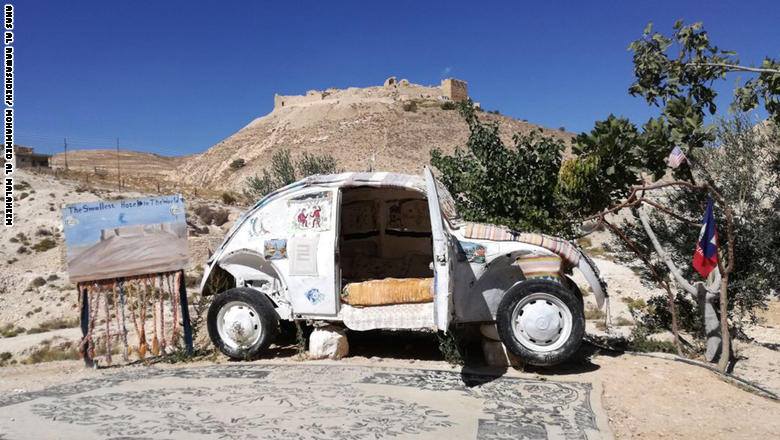 Sitting under the 902-year-old Shobak Castle in Shobak, the hotel can host just two guests at a time.

Inside the three-meter car, you’ll find a collection of pillows with beautiful hand-stitched cases. Abu Ali said that his daughter is behind the stitchings and the one who decorated the hotel room, according to Al Ghad Newspaper. 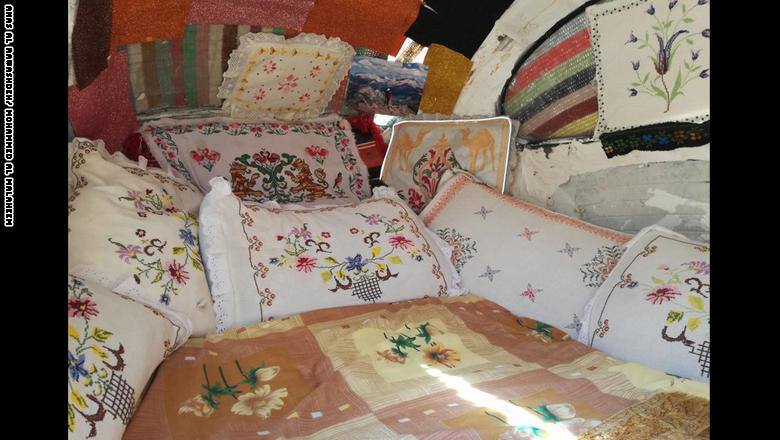 The idea of opening a hotel came to Abu Ali after retiring from his job as a tour guide in the Shobak area, in hopes of making extra money.

“I moved to a cave near the Shobak Castle in Al-Jayeh village, which has somewhat become deserted after its residents immigrated in hopes of finding better lives elsewhere,” Abu Ali told CNN Arabic.

He added that “this place is my home, where I was born and raised and lived all my life. I wanted to start a project that would benefit my village and turn it into a tourist area, because it really does have beautiful nature.” 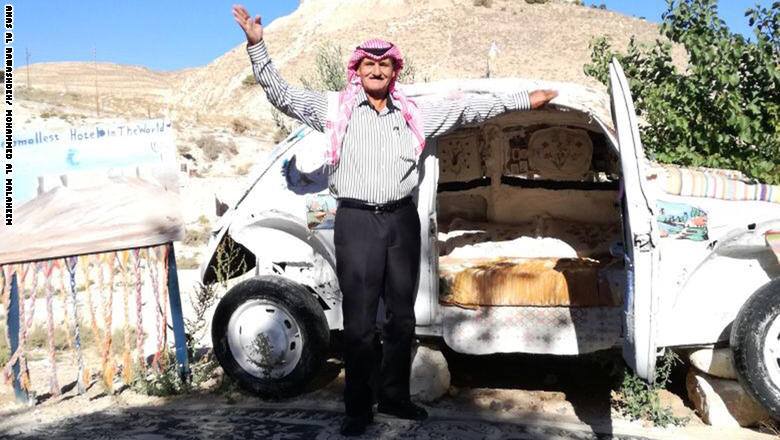 The Beetle car isn’t the only unique feature about Abu Ali’s hotel. He has converted the cave into an area where guests can enjoy tea and coffee, and where he can provide them with information about the area.

Abu Ali also used the bank loan he had borrowed to build a bathroom, kitchen and a gift shop, which sells souvenirs, including gemstones, jewelry, accessories, copper items and more. 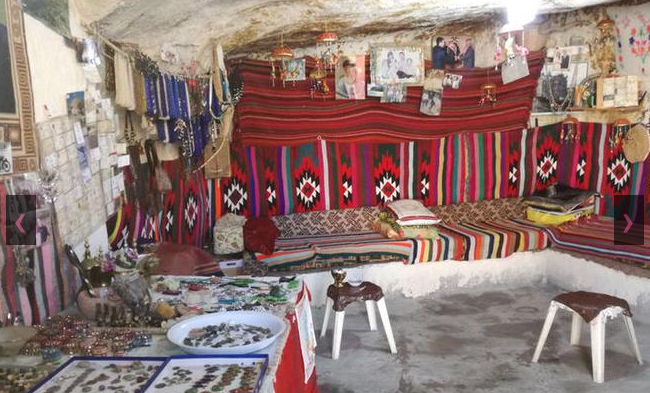 The hotel’s chefs are Abu Ali’s wife and daughters, who prepare traditional Jordanian dishes made out of fresh ingredients.

For 40 JOD ($56) a night, all-inclusive, you will get a unique experience that you certainly won’t experience at a standard hotel.

In the past, Abu Ali’s hotel guests have included VIPs, such as government officials, ministers and ambassadors.

If you decide to visit this unique place, don’t forget to sign Abu Ali’s famous guestbook, which is jam-packed with messages of love and gratitude from past visitors.