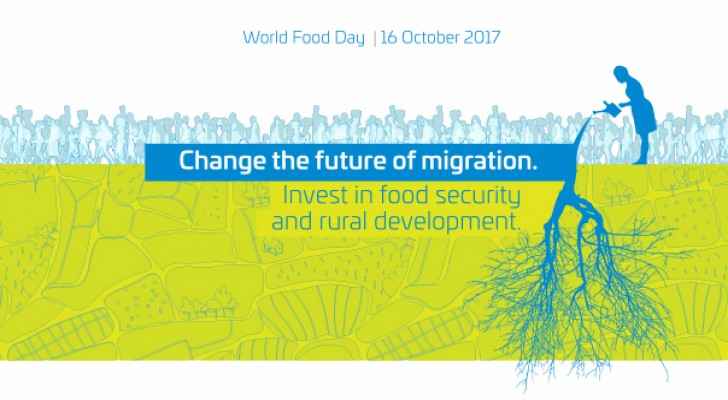 “Changing the Future of Migration by Investing in Food Security and Rural Development” is the official theme for World Food Day, that commemorates the founding of the Food and Agriculture Organization of the UN (FAO). Each year it is celebrated by more than 150 countries around the world, on October 16th.

This year, FAO is highlighting the issue of migration and the organization's efforts to give people choices to address some of these root causes of migration, such as hunger, poverty, and the impacts of climate change, according to the FAO’s website.

The number of people who are forced to leave their homes are increasing significantly around the world, due to the rise in conflicts and political instability. Additionally, the number of international migrants worldwide stood at almost 244 million (or 3.3% of the world’s population), according to Migration Policy Institute.

In Jordan, the country has hosted more than 2.7 million registered refugees as of September 2016; of whom 2.1 million persons of Palestinian descent registered with the UNRWA who have lived in the country for decades; and 664,100 refugees under UNHCR’s mandate including Syrians and Iraqis. 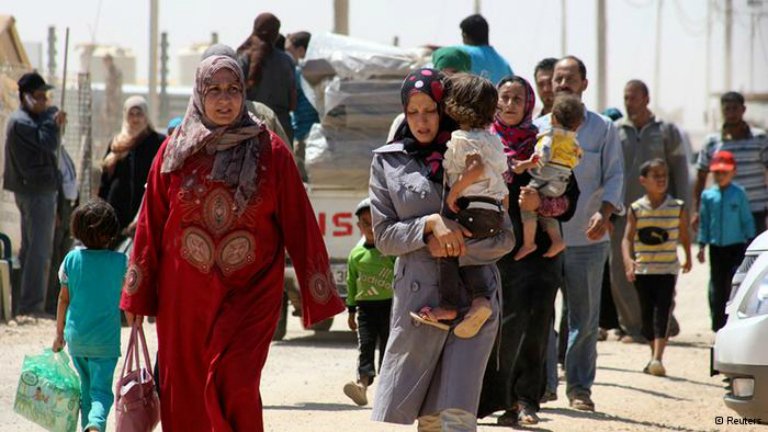 With the migrant crisis in Jordan and across the world, today has seen a global call for action to address the huge challenge of massive human movement. Alongside the movement, here are 11 facts you should know about migrants in Jordan:

1. Jordan is the second largest host of refugees per capita in the world following Pakistan, “one in every three persons in Jordan being a refugee”, World Bank report said.

2. Syrian refugees account for nearly 10% of the kingdom’s population. Half of them are children.

3. There are 2.1 million Palestinian refugees in Jordan; with only 140,000 of whom non-holders of Jordanian nationality.

4. There are five Syrian refugee camps in Jordan, three of which are official while the rest are temporary.

5. Zaatari Camp, for Syrian refugees, is the second largest refugee camp in the world.

6. Rukban Camp is located within desolate land on the border between northern Jordan and southern Syria, and houses an estimated 75,000 refugees.

7. For nearly a week, the flow of water for refugees in Rukban Camp was cut off in October 2017.

10. Many Syrian refugees lack basic services. Only 22% of refugee households have their basic domestic and hygiene needs meet.