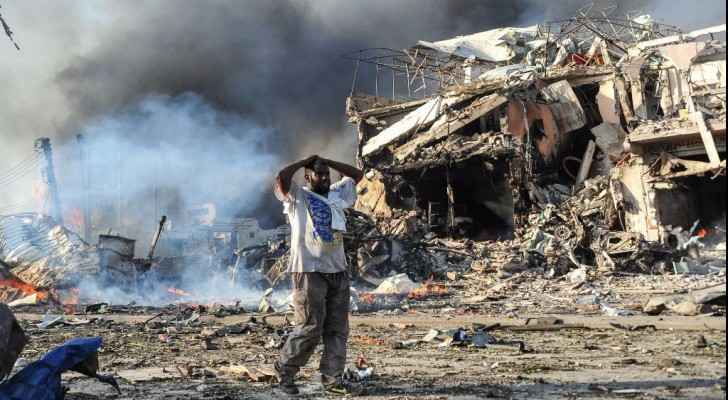 The deadliest bomb in Somalia’s history took place Sunday in the capital, Mogadishu, leaving 276 dead and around 300 others injured.

Protesters gathered near the scene following the incident.

Al-Shabab had promised earlier this year to step up attacks after both the Trump administration and Somalia's recently elected president announced new military efforts against the group, according to The National.

The Jordanian government condemned the attack on Sunday, with State Minister for Media Affairs, Mohammad al-Momani, describing it as a “cowardly terrorist act”.

He expressed that Jordan stands by Somalia in combating terrorism, and that the international community should support the Somali government.

The Mogadishu bombing is one of the deadliest attacks in sub-Saharan Africa, larger than the Garissa University attack in Kenya in 2015, and the US Embassy bombings in Kenya and Tanzania in 1998.

Too little or too much: more than 16 million children ....