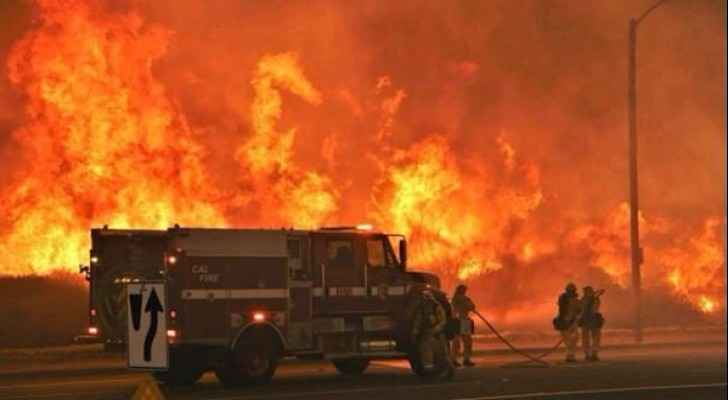 At least 23 people were killed in California on Wednesday night, as firefighters are still trying to contain the 20 wildfires raging across the Napa Lake, Sonoma, Mendocino and Butte counties, according to US authorities.

The wildfires were intensified by strong winds, known as Diablo, while their flames have charred about 170,000 acres of land, damaged and destroyed at least 3,500 structures and forced nearly 20,000 residents to evacuate, ABC News reported.

The fire started on Sunday night, when gale force winds toppled power lines across the State, igniting one of the largest wildfire outbreaks in California’s history.

The State’s Governor said that at least 8,000 firefighters and support personnel, in addition to 124 aircraft, are battling the fires.

California is famous for its wildfires. The State witnessed its second deadliest fires, the Cedars, in October and November 2003, which killed 15 people and destroyed 2,820 buildings.