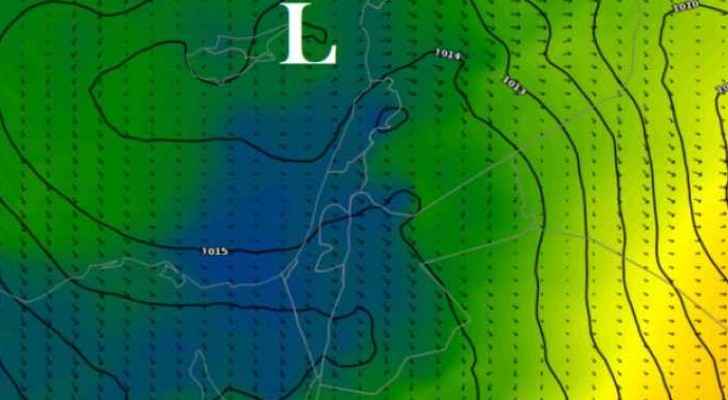 A slight rise in temperatures are expected on Wednesday, bringing moderate to light northwesterly winds, according to the Jordan Meteorological Department (JMD).

The weather is forecasted to be moderate for the coming two days, and temperatures will reach 24 Celsius degrees, while in the northern governorates they will register 21 degrees, falling at night to 14 and 9 degrees respectively.

It is also expected that temperatures will fall slightly starting from Saturday October 14, with rain expected for the rest of the week, especially in the northern governorates and Amman.

Weather maps indicate a cold windy storm from Eastern Europe heading toward the Mediterranean and the Levant, bringing rains to Lebanon and Syria, with less effect on the Kingdom.