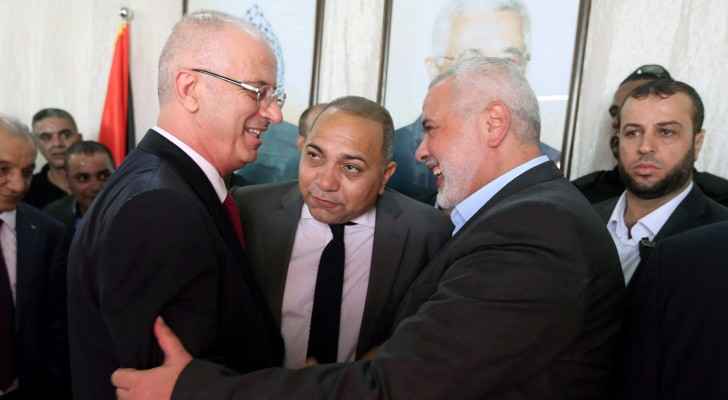 The Cairo negotiations between Fatah and Hamas intend to enable the Palestinian National Consensus Government to assume full responsibilities in the Gaza Strip, Fatah movement's spokesman and member of its Revolutionary Council Osama al-Qawasmi said on Tuesday.

In a press statement, Qawasmi noted that the dialogue is also meant to lead to presidential and legislative elections.

“We in Fatah movement want to reach the rule of law in Gaza as is the case in the West Bank,” he said, adding that there should be one authority, one law and one weapon based on clear national pillars.

He stressed that Fatah movement and at the instructions of President Mahmoud Abbas will make every effort to make the dialogue a success.

“It is not permissible to fail or retreat. We highly appreciate Egypt's role and successful efforts to end the Palestinian divide,” he concluded.

This comes as unity talks between the rival factions kicked off on an optimistic note on Tuesday, with a top Hamas delegate saying he was "full of hope" for reconciliation.

The talks, which started earlier last month, led to the Palestinian Prime Minister visiting Gaza for the first time since 2014 as a first practical step towards the agreement.

Palestinians are hopeful that the reconciliation will finally end the division, and their related-problems will be resolved.

Two million Palestinians live the Gaza Strip, under a restricted siege on the costal enclave since 2007, the same year Hamas took over after ousting pro-Fatah forces to the West Bank.

The decade-long split led to the two territories being completely isolated, with two different administrations.

Reconciliation is expected to unite the two governments and tasks, which has been considered by analysts as a challenging agreement.