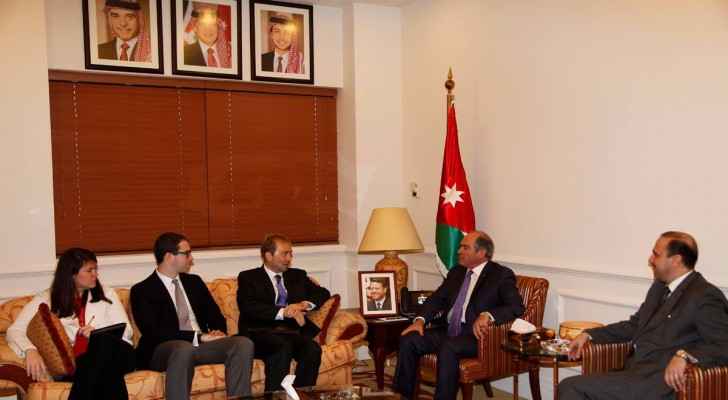 Jordanian Prime Minister Hani Al Mulki welcomed a delegation of US Congressional aides on Monday, with both parties discussing historic ties and ways to improve them.

Mulki highlighted the political and economic reforms program undertaken by the Kingdom, adding that he appreciated Washington’s efforts in helping Jordan carrying out its reforms and development plans, according to the Jordan Times.

The Prime Minister pointed out the challenges faced by the Kingdom as the government held three transparent elections; parliamentary, municipal and decentralisation.

During the meeting, Al Mulki confirmed Jordanians hope to see stability in Syria and to create better conditions for the return of Syrian refugees to their country.

He also said that Jordan adopted a historic approach to fight terrorism and spread awareness about its country and peoples, the Jordan Times reported.

Meanwhile, Minister of Foreign Affairs Ayman Safadi met the delegation and discussed with them regional developments in addition to the Syrian crisis and the war against terror.