A Turkish ACV-15 operated by Free Syrian Army forces during the Battle of al-Bab in 2017. (Wikimedia Commons) 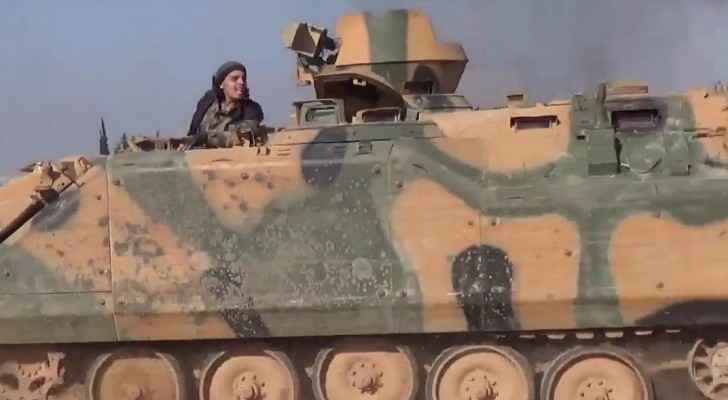 Turkish forces published a statement on their official website announcing the beginning of operations in Syria’s Idlib, according to Turkey’s Daily Sabah news agency.

This comes as part of a trilateral agreement with Russia and Iran order to cement the ongoing truce between the Syrian regime and armed opposition groups.

“If we didn’t take our measures, bombs would fall on our cities,” Turkish President Recep Tayyip Erdogan told members of the ruling party. “When we do not go to Syria, Syria comes to us," he added.

The operation, which will be executed by the Turkish army, marks a major development in the Syrian civil war, in the second Turkish incursion in Syria. This follows Operation Euphrates Shield, conducted with the Free Syrian Army (FSA), fought to clear the Islamic State from the Turkish border in Augst 2016.