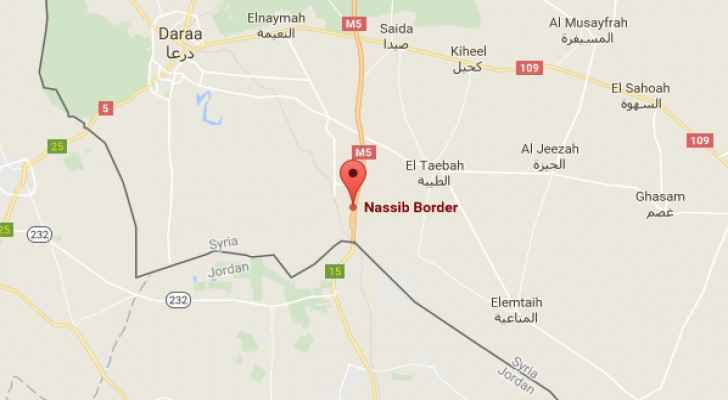 Syrian opposition groups are resisting pressure from Jordan to hand control of the Syria-Jordan border crossing back to the Syrian government, Reuters has reported.

This comes as regime forces advance across Syria’s south west and would be of major advantage to President Bashar al-Assad, while undermining rebel groups in the region.

Since ceasefire was brokered by Russia and the U.S in July, talks over reopening the Nasib crossing that borders Jordan-Syria have picked up pace.

However, Jordan has reportedly refused to open the Nasib crossing, which was seized in 2015 by rebel groups, while it was under the control of unofficial authorities.

Despite the Kingdom’s hopes to revive the once lucrative trade route and encourage Syrian refugees to return, rebel groups have so far resisted pressure to implement any form of Syrian government authority to Nasib.

The recent possibility of the crossing being reopened highlights the huge advancements the Assad regime have made in the region the region, gaining control of swathes of territory from rebel forces.

Syrian news sources reported yesterday that Syrian regime forces have taken control of nine garrisons along the border with Jordan.

As possibilities are forcing neighbouring states to rethink their policies, the governor of opposition-run Deraa province, Ali Salkhadi, said that the situation of the crossing is delicate and sensitive and they still did not respond to Jordan’s demands.

The reopening of the Nasib border, which served as a major transit route for hundreds of trucks a day transporting goods between Turkey and the Gulf, would help boost the region’s economy.

However, it remains unclear if opposition forces will succumb to the Kingdom’s pressure.

“The situation of the crossing is delicate and sensitive and until now we have not responded (to Amman’s demands),” Ali Salkhadi, the governor of opposition-run Deraa province, told a meeting of local figures on Sunday, footage of which was posted on YouTube.