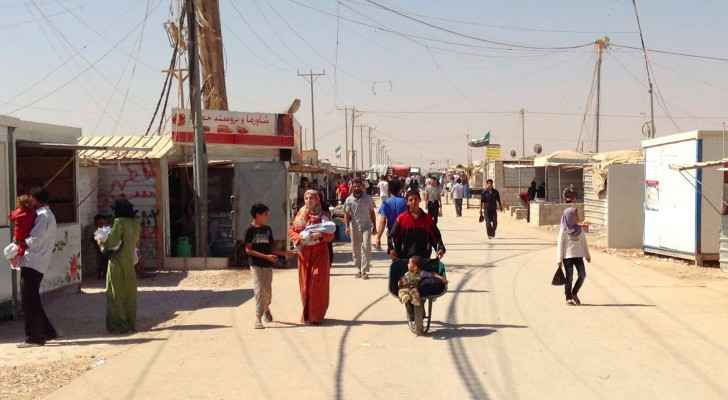 Jordan has rejected claims by Human Rights Watch (HRW) that the Kingdom has been “summarily deporting Syrian refugees — including collective expulsions of large families”.

Minister of State for Media Affairs Mohammad Momani said his country was abiding by international law, and called for accuracy before publishing such reports.

“Jordan is abiding by the international law in this regard…The return of the Syrian refugees is voluntary and in such cases the return is to areas where there is no threat or danger to their lives,” Momani told the Jordan Times.

The human rights advocacy group on Monday released a 27-page document that chronicled the deportation of 400 refugees from Jordan, during the first five months of 2017.

The report noted that some 300 registered refugees returned to Syria voluntarily during that time, and another 500 returned under "unclear" circumstances.

"Jordan shouldn't be sending people back to Syria without making sure they wouldn't face a real risk of torture or serious harm and unless they have had a fair opportunity to plead their case for protection," said Bill Frelick, refugee rights director at HRW.

The report includes testimonies of 35 Syrian refugees in Jordan, and 13 others who have recently been deported to Syria.

Those interviewed say the Jordanian authorities did not give sufficient evidence of misconduct before forcefully deporting them, and claims they were not given the opportunity to appeal or seek legal assistance.

HRW also has also called on other countries to increase their assistance to Jordan, which has hosted more than 650,000 Syrian refugees.

Jordan hosts around 1.3 million Syrian refugees, according to Jordanian authorities, of whom more than 600,000 are registered with the UNHCR.