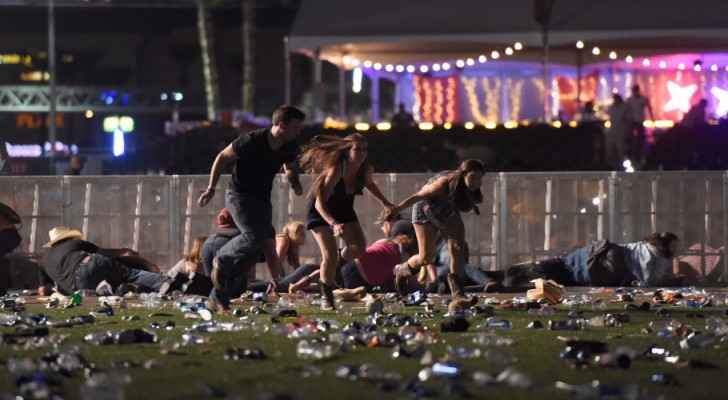 At least 50 people were killed and more than 200 injured when a lone gunman opened fire outside the Mandalay Bay Resort and Casino on the Las Vegas Strip during a country music festival on Sunday.

Witnesses said that the shooter attacked from an elevated area while singer Jason Aldean was mid-performance.

The Las Vegas Metropolitan Police said that the only suspect, now identified by law enforcement officials as Stephen Paddock, 64, of Mesquite, Nevada, has been killed.

Two vehicles related to the investigation were also found: a Hyundai Tuscon and a Chrysler Pacifica Touring, both with Nevada license plates, according to NBC News.

Anyone with footage or photographs of the incident has been urged to get in touch with the police.

A representative from McCarran International Airport in Las Vegas said that some flights have been diverted due to police activity. This comes after there were reports of people fleeing to the airport’s runway, which is just east of the Mandalay Hotel.

The Mandalay Hotel said that law enforcement has requested that they put hotels in the vicinity on lockdown.

Our thoughts & prayers are with the victims of last night's tragic events. We’re grateful for the immediate actions of our first responders. pic.twitter.com/Arf8edj1iZ

Man arrested after climbing onto ....