The Egyptian government once again cracks down on the queer community through human rights abuses. (Photo Courtesy: Twitter) 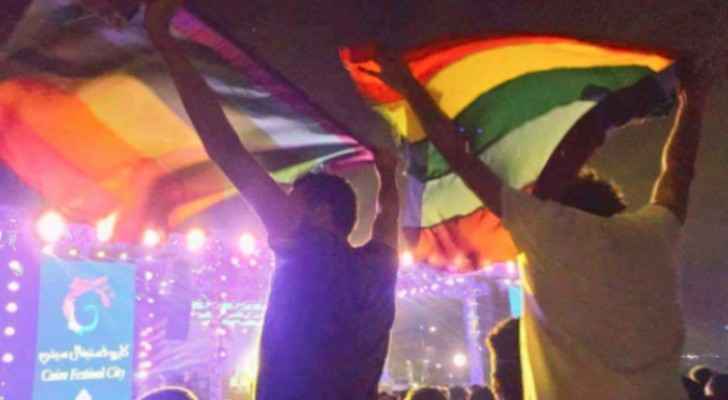 The arrest follows renewed crackdowns from the Sisi regime on the LGBTQ+ community, when a group of people were seen raising the rainbow flag during a Mashrou' Leila concert.

“Allegations of torturing or insulting those medically examined are lies not worth responding to. The examinations are carried out by a forensic doctor who swore to respect his profession and its ethics,” one judicial source said.

“The fact that Egypt’s Public Prosecutor is prioritizing hunting down people based on their perceived sexual orientation is utterly deplorable. These men should be released immediately and unconditionally – not put on trial,” said Najia Bounaim, North Africa Campaigns Director at Amnesty International.

Although homosexuality is not specifically outlawed in Egypt, the conservative society is highly discriminatory. Non-heterosexuals are frequently arrested and typically charged with debauchery, immorality or blasphemy.

The largest crackdown on homosexuals took place in 2001, when police raided a floating disco called the Queen Boat. Fifty-two men were tried in the case.

Mr Gay Syria, the film detailing lives of Syria's most ....