The protest is a part of a series of initiatives marking the first anniversary for the ratification of the deal. 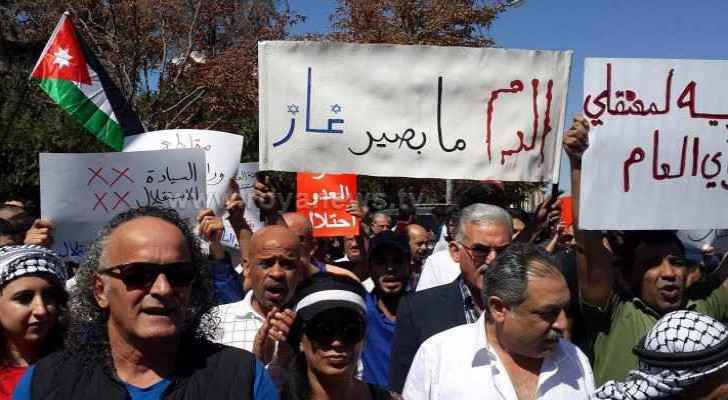 Jordanians took to the streets of Amman around the 4rth Circle today in protest of the the Jordanian-Israeli gas deal.

The protest, titled “always and forever: the enemy’s gas is occupation,” saw dozens of Jordanians demanding the Jordanian government drop the notorious gas deal, and normalisation with Israel.

The protesters chanted “from south to north, the enemy’s gas is occupation,” and “raise your voice from Amman: we don’t want the Zionist entity’s gas, even if they gave it to us for free.”

The march is part of a series of initiatives carried out by the National Jordanian Campaign Against the Israel-Jordan Gas Deal, marking the first anniversary for the ratification of the deal.

Meanwhile, MPs said that the agreement signed between the Jordanian and Israeli governments made it to the Parliamentary Energy Committee, and will be scheduled to be discussed in the next parliamentary session.

PM Saleh Armouty said the committee will do all that is in its power to stop the deal, which he described as “shameful,” saying that the deal will only benefit Israel. 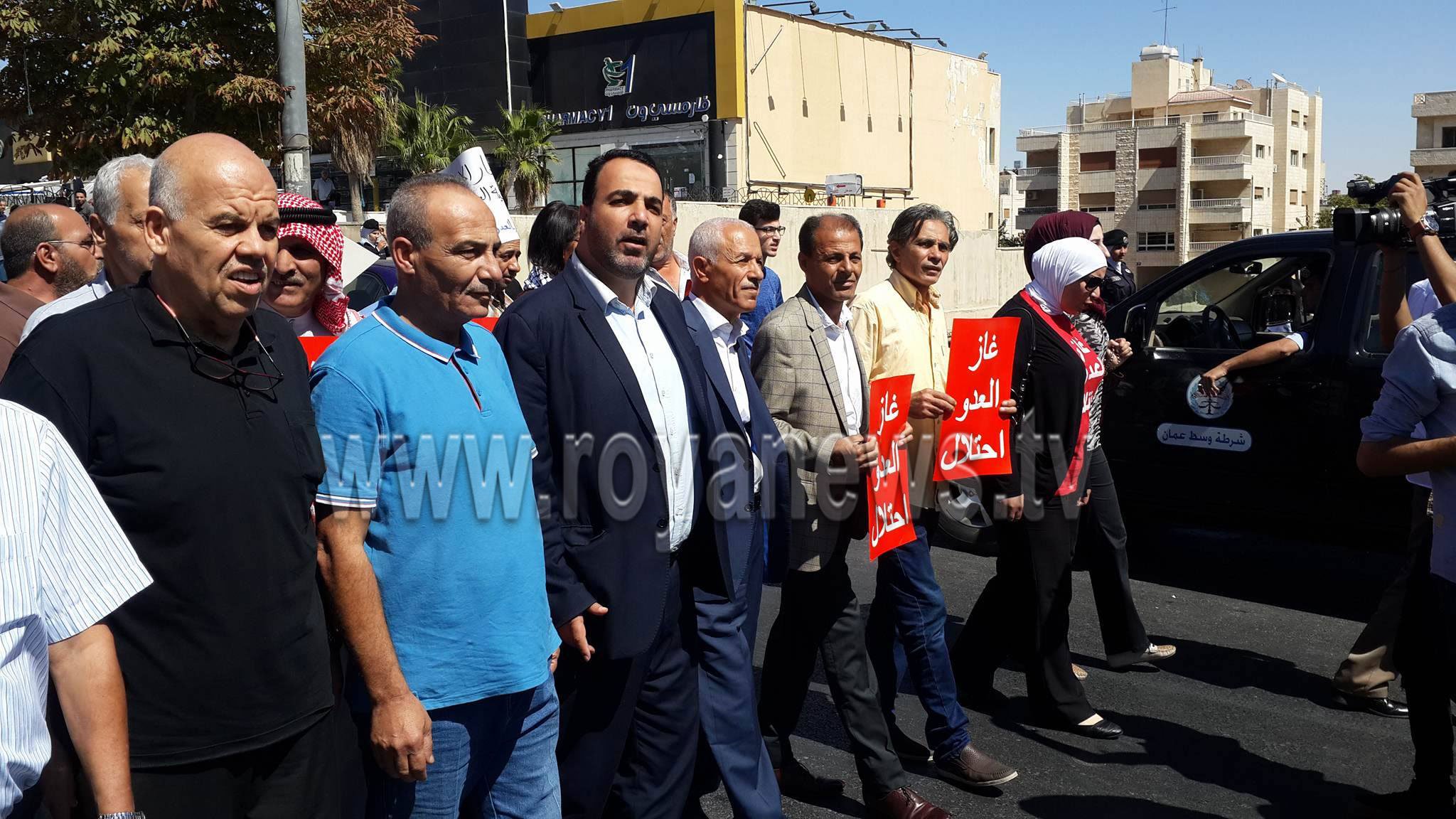 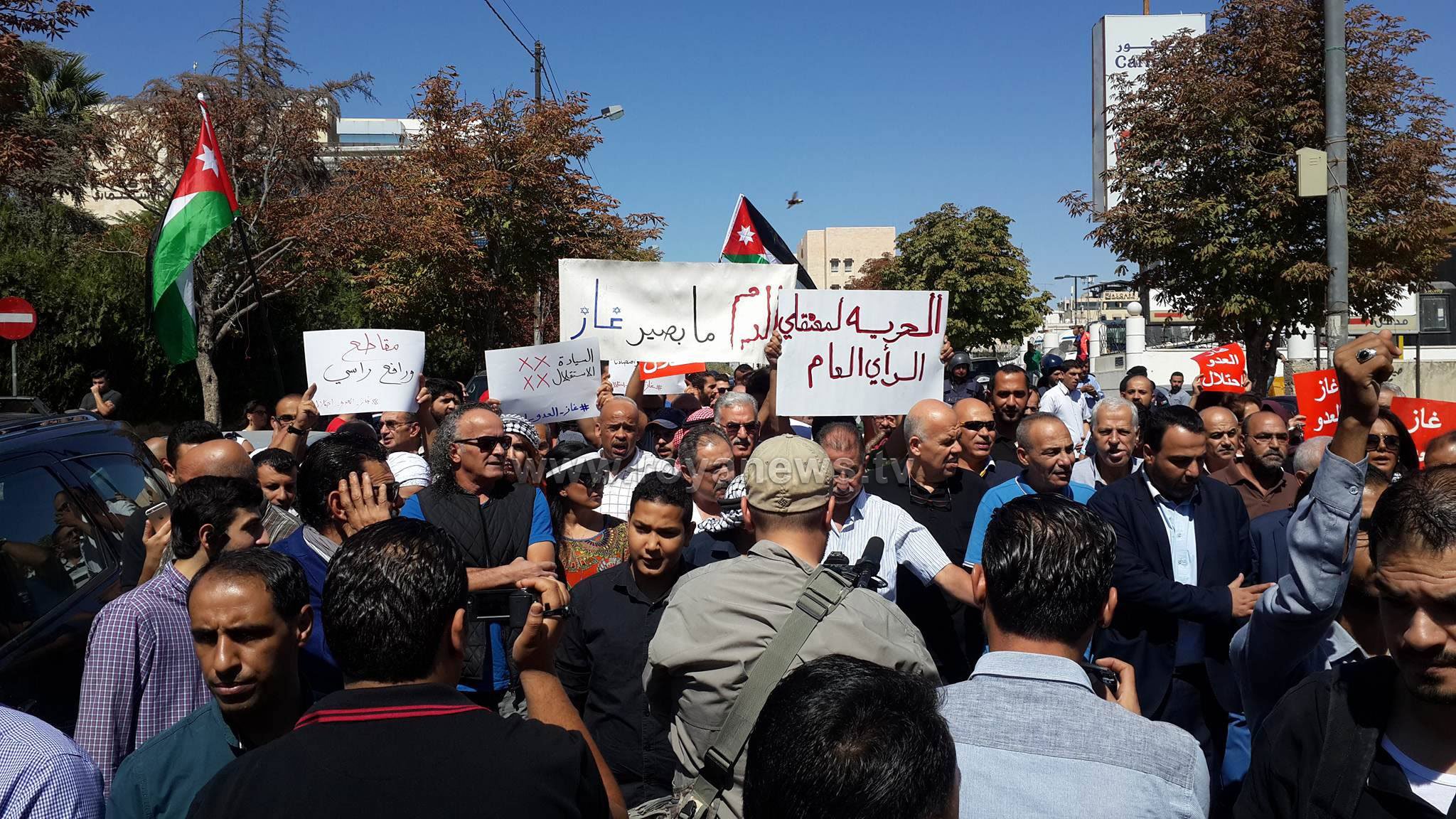