Qatar is set to host the 2022 FIFA World Cup, but is forcing work in potentially fatal conditions. (Photo Courtesy: Reuters) 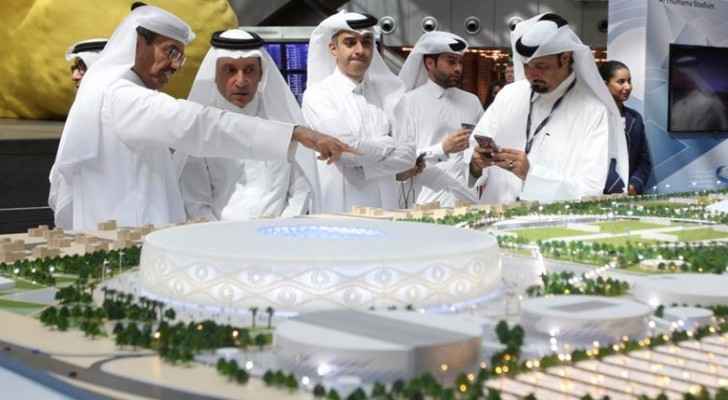 Human rights groups have long been criticizing Qatar's failure to uphold safe working conditions for workers, who are building a stadium to host the 2022 FIFA World Cup.

Amid the scroching heat, which can reach levels of up to 50 degrees celsius, can be deadly in some cases. Human Rights Watch stated earlier this week that Qatar must do more to protect construction workers from both intense heat and humidity.

The Supreme Committee for Delivery and Legacy, on the other hand, which oversees the organization of the tournament, stated: "We wholeheartedly refute the suggestion the SC has 'abdicated responsibility'," adding, we not only strive to ensure high health and safety standards on our sites, but also invest in initiatives to improve and enhance workers' welfare," the statement added."

HRW noted that current regulations only restrict working from 11:30am to 3pm during the period from June 15 to August 31. However, climate data indicates that weather conditions outside of those hours can still be potentially fatal.

HRW also called on authorities to investigate the causes of migrant worker deaths and publish data on such incidents.

Like other states in the Gulf, Qatar heavily relies on expatriates from South and South-East Asia, including Pakistan, India, Bangladesh, and the Philippines.

According to Al Jazeera, about two million migrant labourers live in Qatar, outnumbering the local workforce by nearly 20 to one, with 800,000 working in the construction sector.