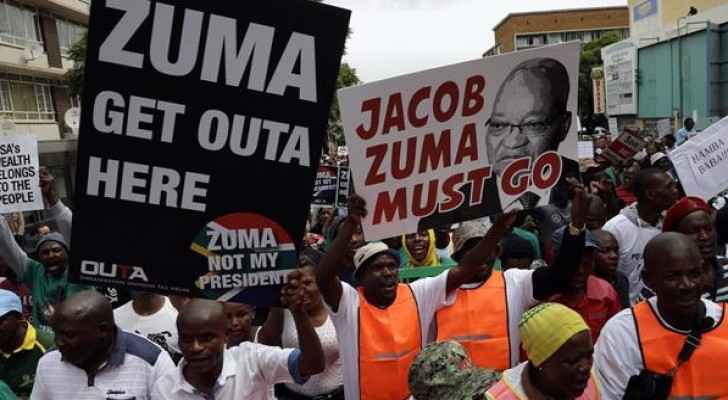 Protesters demanded that President Jacob Zuma steps down, while they held banners that read “Zuma Must Fall,” and chanted songs against him.

The marches took place across the country in cities including Cape Town, Johannesburg and Durban.

The Congress of South African Trade Unions (COSATU) and the South African Communist Party (SACP) said that taking to the streets is an indictment against Zuma.

As a result, COSATU is asking Zuma to appoint a judicial commission of inquiry to investigate state corruption.

“corruption has become endemic under this administration,” COSATU said.

Ebrahim Fakir, a political analyst based in Johannesburg, told Al Jazeera that the protest on Wednesday was as much about a succession debate as it was about corruption and discontent with the economy.

But Fakir also pointed out that although COSATU had a right to protest, it was important to remember that it was the trade union federation that played a role in bringing Zuma into power in the first place.