It isn’t breaking news that the Arab world is often misrepresented in international media. 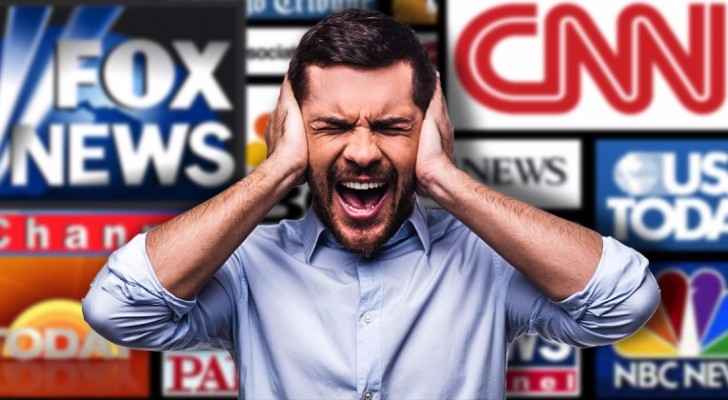 It isn’t breaking news that the Arab world is often misrepresented in international media.

But a new poll has found that 39% of people believe that UK media coverage misrepresents the Arab world, while 22% of respondents perceived U.K. media coverage of the region to be accurate.

The poll asked 2000 people about the “U.K. attitudes toward the Arab world.” The survey was conducted by Saudi Arabian online newspaper “Arab News” and market research company “YouGov.”

To media experts, the results are somewhat unsurprising, considering the UK media’s often sensationalist and reductionist rendering of events in the Middle East.

Another contributing factor to the respondents’ views could have been the month when the poll was conducted. August was a moth when Europe was struck by a string of attacks, some of which were claimed by the so-called Islamic State, and others by “lone wolf” terrorists.

Media experts say that terror attacks on London, Paris and Madrid “increasingly represent the prism through which people in the U.K. and Europe see the Middle East.”

However, Noha Mellor, professor of media at the University of Bedfordshire, says that Arab commentators need to speak up more in UK media.

“There are not many Arab voices in the British media save for very few who are usually interviewed about issues pertaining to terrorism,” she said.

“Unfortunately, stories about terrorism have come to define the whole region, which means few nuanced stories about daily lives in Arab societies.”

Meanwhile, Fawaz Gerges from the Department of International Relations at the London School of Economics agrees that we have become “obsessed” with reading and writing about terror at the expense of other, more important topics which touch the lives of more people in the Arab world.

“We are terrorizing ourselves,” he said. “This plays into their hands and provides the social oxygen that allows them to exist.

“As bloody as the Middle East is, terrorism is still a tiny fraction. In a sense, it is not the most important topic.

Think about the poverty, the civil wars, the fracturing of the post-independence states — or youth unemployment, which is the most significant challenge facing the region.”

“Despite the proliferation of pan-Arab outlets since the 1990s, Arab media outlets also need to do more in order to project a new image of the region and appeal to British audiences’ unsaturated interest in knowing more about the region.

“There could be more English-language outlets in the region to feed Western news outlets with new stories which otherwise will go unreported in Europe,” she said.

Changes in advertising trends which see advertisers moving away from newspapers and broadcasters to technology companies such as Facebook and Google has forced publishers to cut costs, causing foreign news coverage to suffer as a consequence.

“Not every British outlet can afford to send a foreign correspondent to every Arab city,” said Mellor.

“The result is that most reports will originate either from international news agencies such as Reuters, which means a unified version of the same story circulating to many British outlets, or from a handful of correspondents sent to one location in the Middle East, usually Jerusalem where life can be drastically different from surrounding cities and countries.”